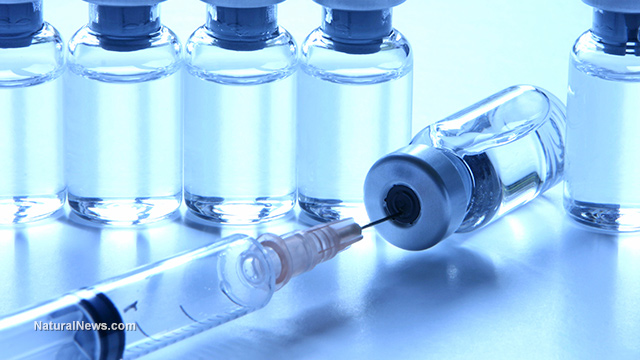 The mainstream media’s coverage of Robert F. Kennedy, Jr.’s having been asked by incoming President Donald J. Trump to lead a vaccine safety commission is a testament to just how influential the vaccine industry is regarding the manipulation of the narrative on the subject.

The reaction by the press and the scientific establishment to the announcement also indicate the level of threat perceived by those who want to continue hiding the dirty little secret that the Centers for Disease Control and Prevention (CDC) truly lives up to the “edifice of fraud” label attached to it by Kennedy.

Since Trump asked Kennedy to lead the commission, the longtime anti-mercury crusader and environmental lawyer has been called a “vulture,” an “alarmist” and worse by those in the media who take their marching orders from Big Pharma and other corporate interests.

So what exactly has Robert Kennedy, Jr. been saying that makes him such a dangerous “conspiracy theorist”?

Perhaps his refusal to mince words regarding the CDC’s inherent conflicts of interest have led to his demonization by the mainstream media news outlets:

“All the things that I do are bent on forcing this debate out into the open—because once the science is in the open, the CDC’s position is so fragile, it’s an edifice of fraud, fraud stacked upon fraud, so high and so wobbly, that even a slight breeze of public scrutiny will topple it.”

This is the kind of talk that scares the bejeezus out of CDC authorities, and it’s why they mobilize their minions in the press to smear anyone brazen enough to tell the unvarnished truth, as Kennedy, Jr. has on many occasions.

In fact, Kennedy, Jr. has also hit the nail on the head regarding the media’s collusion with the CDC:

“And the press has been compromised. And it’s not just the mainstream corporate media, but also the so-called alternative media like Huffington Post. Daniel Schulman wrote in the Columbia …Journalism Review that for journalists this is radioactive, that this is a career-ending controversy. So reporters won’t touch it, they’re really scared of it.”

So it’s no big surprise that the press has done its best to discredit Kennedy, Jr. as he now appears to be in a position to put pressure on the CDC and to bring transparency to the public.

And if there are any remaining doubts as to whether or not Kennedy, Jr. is barking up the right tree, the recent submission of a letter to the head of the CDC from a group of anonymous CDC whistleblower scientists calling themselves the Spider Group (Scientists Preserving Integrity, Diligence and Ethics in Research) should lay them to rest.

A brief excerpt from the letter sent by the Spider Group to CDC chief of staff, Carmen S. Villar:

If that’s not clear justification for a full and complete investigation of the CDC, it’s hard to imagine what would be, except perhaps the fact that the CDC owns at least 20 vaccine patents itself, as Robert Kennedy, Jr. has pointed out (the actual number of patents is more like 50).

Essentially, the CDC is the vaccine industry and that’s one of the facts that needs to be made clear to the American public.

If you’d like to learn more about Robert Kennedy, Jr.’s position regarding vaccines, I recommend reading the in-depth interview conducted by Autism File Executive Editor, Rita Shreffler,  published on the World Mercury Project website. Also, read excerpts from his book on Thimerosal at this Natural News link.

President Trump’s choice of Robert Kennedy, Jr. to head up the vaccine safety commission may prove to be one of his most significant acts as he assumes the presidency. Stay informed at Vaccines.news, and watch for the upcoming launch of Thimerosal.news.