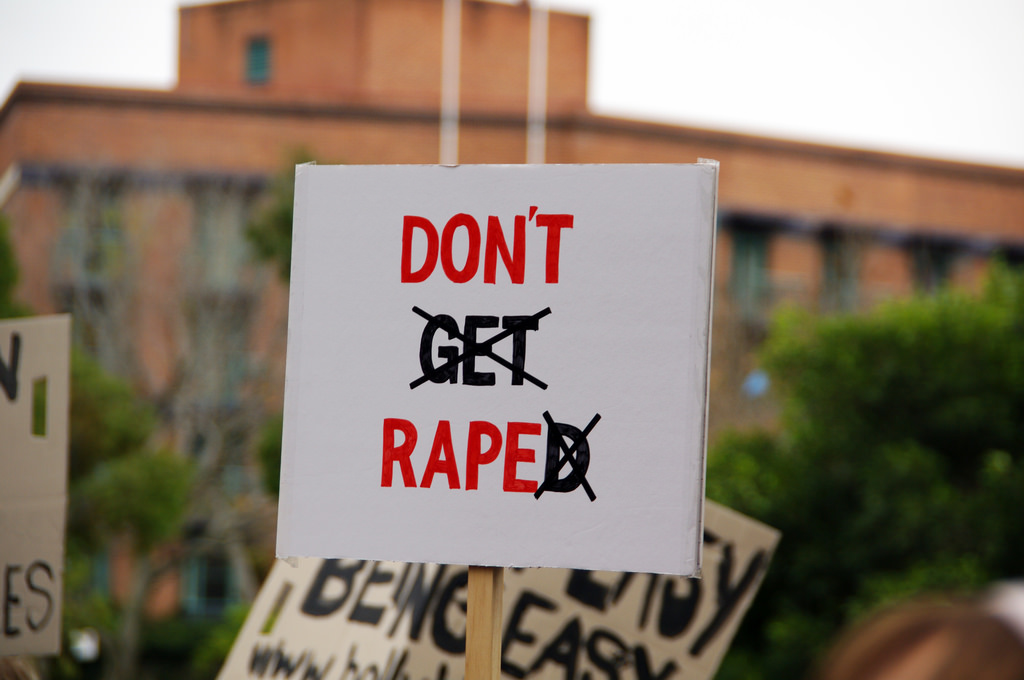 Three men were recently arrested in Uppsala, Sweden, on suspicions of gang rape. Local media outlets have reported that the police were tipped off that a crime was in the process of being committed, and streamed on Facebook Live. On Sunday morning, a group of immigrants aggravatingly raped a near unconscious woman. Swedish Television News reported that hundreds of people likely saw the video, and images of the suspects were widely shared over social media. On Monday, the three males suspects were officially placed under arrested in Uppsala. The males were aged 18, 20, and 24 years old.

One 22-year girl accidentally witnessed the incident after entering the page while chatting online; she was horrified by the sights. “Two guys pushing down a girl on the bed… I first thought it was a poorly-orchestrated joke. But it was not,” said Lovisa, who recalls the view count on the live stream reaching 200 at one point. It’s not clear how the members of the group received their invitations. The Facebook group was previously investigated by police, when a group of school kids sent out a live broadcast threatening to shoot another student. (RELATED Find more violent crime news at ViolentCrime.news)

The police arrived on the scene while the cameras were still rolling, prompting them to shut it down. The men at the scene were questioned at the scene prior to being taken down to the police station. Forensic specialists are analyzing the apartment where the rape occurred. Police spokesman, Ivan Aslund, said that the police will maintain full confidentiality at this time. All requests for comment pertaining to anything further than the arrests were denied.

Facebook spokeswoman, Christine Chen, said they’ve given people a way to report violations during live broadcasts so that the streams can be shut down as quickly as the reports come in. (RELATED: See more Facebook news at Facebook.fetch.news)

The video version that made its way onto Youtube only shows only the last seven minutes of the stream, when the police came in to handle business. The assailants appeared to be immigrants of Arab descent, but the Swedish press are hiding their faces from the public at this time. One website, Nordfront.se, reported that the main suspect, Emil Khodagholi, was arrested back in 2012 for assault on a 16-year-old, where he used an iron bar was as a weapon. (RELATED: Read more about The Coming Collapse.)

Since opening their borders to mass immigration in the ‘60s, Sweden has gone from a peaceful and quiet country to the rape capital of the West. According to Swedish newspaper Expressen, the three men in the apartment could be heard saying “You have been raped” and “Three against one.” One video witness told BuzzFeed that she saw one of the men pull a gun at one point. The gun was pointed at the viewers as the gunman was taunting them saying “Come here, then.” (RELATED: Find more open borders news at OpenBoarders.news)

Other video witnesses told reporters that the victim was held at gunpoint and forced to say she hadn’t been attacked. One of the men “was putting the words in her mouth,” described Linda Johansson, who also said the suspect was very derisive and laughed throughout the video.

Countries throughout Europe are scrambling to fight the influx of sexual assaults throughout the region —  some countries have even responded with tighter laws. Germany recently revised their sexual assault laws, banning sex with anyone that says no, even with the absence of a physical struggle. The Irish government also passed a new measure to explicitly outlaw sex with anyone who has passed out drunk.

Sexual assault victims’ advocates have been pushing for stricter laws since the ‘80s, but faced scrutiny last year when a Polish man was convicted of rape after kissing and caressing an unconscious drunk woman’s neck of at a bar, and unbuttoning her pants. Hopefully they will find the right balance.