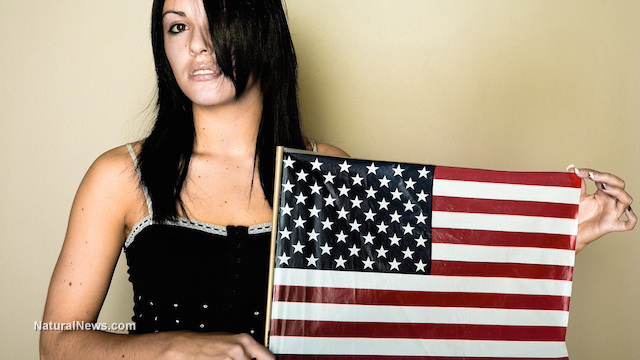 My newest video commentary explains the topic of “Political Darwinism,” which explains why the political Left is rapidly going extinct. Not only do their ideas not work, but they are so weak, pathetic and fragile that they cannot compete with winners in the survival of the fittest competitions on the political ideology spectrum.

When we observe Mother Nature and living organisms in the wild, weak organisms die off while strong, adaptive and resilient organisms “win” and thrive. But today’s Leftists have forgotten how to achieve anything because they’ve been handed everything without effort. They get automatic media coverage, automatic food stamp payments, automatic medals from the White House, automatic Nobel Prizes, automatic social approval and automatic grievances rooted in a pathetic philosophy victimhood. (Being a “Leftist” today is almost entirely rooted in holding ideas that are socially obedient and rooted in some sort of grievance rather than ideas of achievement.)

Yet people like President Donald Trump had to fight for every inch of achievement, often against extraordinary odds and media predators. This makes conservatives, libertarians and independent-minded people far more resilient, determined and capable, leading to their success vs. the complacent, lazy Left.

Where you have winners, you also see LOSERS: Ashley Judd, Shia LaBeouf, Madonna, Michael Moore and a long list of truly deranged losers who, if they were mirrored in nature, would represent the weak, pathetic deer who falsely pretended the wolves weren’t really coming for them rather than leaping away and saving their own lives. Living in a delusional fantasy land may work for a while in Hollywood and the left-wing media, but it doesn’t work in the real world. It only makes you extinct.

In nature, competition is good and WINNERS are rewarded

What we are witnessing right now with the collapse of the political Left, in other words, is a reflection of precisely what we observe in nature. The ecosystem of political thought is subjecting to the same laws as ecosystems of deer, trees, primates and even bacteria. In nature there is COMPETITION and there are winners and losers, yet the political Left thinks “competition” is an evil concept, and they can’t stand the idea of “winners.” (Instead, they believe in “equality,” which doesn’t exist in nature and is an artificial construct of liberal human society.)