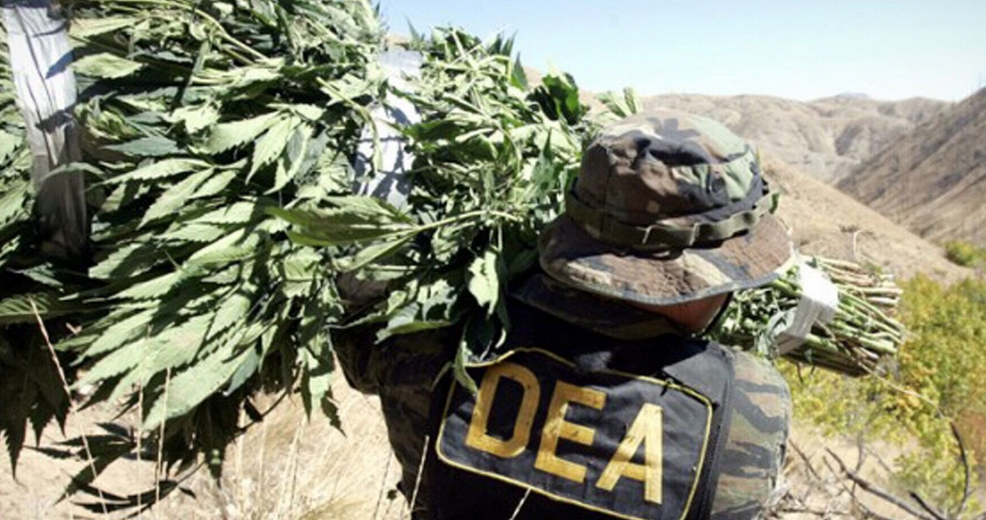 It’s no secret that cannabis is illegal in the United States; the controversial decision of the DEA to keep marijuana as a schedule I drug in mid-2016 has been much-talked about. And their more recent announcement that cannabis extracts — including CBD extract which has been used medicinally to treat intractible seizures in young children — will also be levied as schedule I drugs couldn’t be more detestable.

Beyond the scope of cannabis’s myriad of medicinal benefits, there lies one enormously hypocritical fact: the deadliest drugs of all are completely legal in the United States. We’re talking tobacco, alcohol, and opioids.

Smoking cigarettes and using other forms of tobacco have become social taboos in recent years, but the fact remains that tobacco remains present — and totally legal — in our society. According to the Centers for Disease Control, more than 16 million Americans are living with a disease caused by smoking. For every person who dies from cigarettes, there are another  30 people living with a tobacco-related illness.

Smoking is known to cause a host of different cancers and is know to cause heart disease, type 2 diabetes, and chronic obstructive pulmonary disorder (also known as COPD). Smoking also increases the risks for a number of other conditions, including tuberculosis and rheumatoid arthritis.

According to the CDC, smoking is the leading cause of preventable death.

Across the globe, smoking causes upwards of 6 million deaths per year, killing some 480,000 people in the US annually.  Overall, it is linked to one out of every five deaths, each year. What is perplexing is that in spite of the tremendous toll that cigarettes take on human life, they remain legal — while cannabis, which has been found to not cause lung cancer, is still somehow “too dangerous” for the public.

Of course, when you take into account the fact that the federal government reaped $15.5 billion in tax revenue in a single year thanks to smokers, it all becomes a little bit more clear, doesn’t it?

Alcohol is no better; statistics suggest that booze was associated with over 30,000 deaths in 2015 alone. But, that statistics only looks at alcohol-related health problems, like liver disease. When including other alcohol-related deaths, like drunk driving incidents or homicides, that number skyrockets up to around 88,000 deaths per year.

As Vox notes, the death toll may actually understate the harmful effects of alcohol. A 2010 analysis led by British researcher David Nutt looked at 20 of the world’s most popular drugs and the risks they posed in the UK. A group of drug experts measured a variety of risk factors — including mortality, other physical damage, chance of developing dependence, impairment of mental function, effect on crime, and others — and assigned each drug a score for each variable.

They concluded that overall, alcohol was the most dangerous drug available. While there are some drawbacks — the widespread availability of alcohol makes it more harmful than other dangerous drugs because they aren’t as easily accessible, for instance — it remains clear that alcohol is far more dangerous than the average person realizes. This alone makes it all the more harmful: people don’t realize that it is dangerous.

Opioid painkillers have been a hot topic lately; the US is currently under the grips of a serious opioid epidemic. It’s not really that surprising, given the immensely fraudulent and aggressive marketing campaigns led by pharmaceutical companies; they had doctors giving out painkillers like candy. Now, it is American citizens who pay the price for Big Pharma’s obscene profits.

The CDC recently reported that over 60 percent of drug overdose-related deaths were caused by opioids in 2015. The organization estimates that 91 people die every day from an opioid overdose. The CDC now admits that the overdoses from prescription opioids have been a driving force behind the epidemic, and notes that the amount of prescription painkillers being sold in the US has quadrupled since 1999, even though there has been no change in the amount of pain reported by Americans. [RELATED: Keep up with the CDC at CDC.news]

Studies have also shown that opioids can actually end up making pain worse. There are many risks associated with continued use of these medications, and if research tells us anything — there is very little benefit for the patient.

It is not so much the legality of these drugs that is the problem, but rather the blatant disregard of facts when it comes to marijuana. There is no denying the fact that more people die as a result of any of these three substances alone, than marijuana. There is no denying that these drugs are more harmful. In the case of cigarettes and alcohol, there is no current medicinal use for these products, but their dangers are apparently justified via tax revenue.

It is beyond comprehension as to why a plant with demonstrated medicinal value can continue to be ostracized by the government, when these substances roam free and clear on our streets.