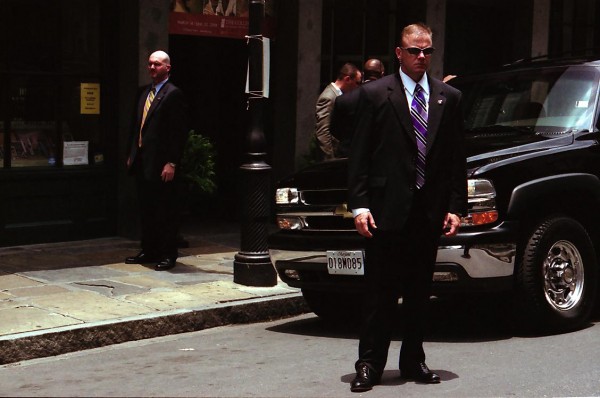 After receiving many detailed death threats and having suspicious packages containing white substances mailed to her home, Kellyanne Conway is now receiving protection from the Secret Service. Conway is the White House counselor and Donald Trump’s most perceptible advisor. She is now being protected by the same agency who protects the President. Conway’s secret service arrangement is unusual, but not completely uncommon. Two of Barack Obama’s closest advisors were also protected by the agency. (RELATED: See more White House stories at Whitehouse.news)

During a recent interview discussing unfair treatment from the media, Conway spoke about the threats against she and her family. During live inauguration coverage, Martin Luther King Jr’s bust was falsely reported to have been removed from the White House. Conway criticized the inaccurate press pool report as an attempt to portray Donald Trump as a racist, and suggests the motives behind the false reporting could even be more atrocious. Conway didn’t name the reporter behind the fake news; as a way of protecting him from the same type of harassment she receives regularly.

“I don’t say his name publicly because I don’t want him to get attacked like I do. Because of what the press is doing now to me, I have secret service protection,” said Conway. “We have packages delivered to my house with white substances. That is a shame and yes I hold him to account for it.” Conway also explained that the press’ presumptive negativity causes damage, even when false reports are later corrected. Conway demanded the reporter apologize to Trump. “The darn bust was right there, I was next to it. It was being hidden by a guard. But why didn’t you ask us? Why didn’t you say, ‘Where’s the bust?”

Time reporter Zeke Miller is the person that Kellyanne Conway was referring to in her recent interview. Miller promptly corrected his report and apologized for the error. Miller put the false information out to the world which was tweeted and reported 3,000 times. The damage created by Miller’s reporting helps fuel the mainstream media’s agenda of prompting massive fallout for the President, who they love to inaccurately portray as racist. Miller has yet to apologize to Trump, although he did apologize to his press colleagues.

White House press secretary Sean Spicer accepted Miller’s apology via Twitter, but went on to highlight the incident during Mondays press conference. Spicer was equally frustrated with the media’s false reports. He sent out a tweet of his own reminding the media of the dangers associated with posting on Twitter prior to checking their facts.

On Tuesday afternoon, a Secret Service spokeswoman confirmed that Conway is under their protection. Conway cited the media’s Trump coverage as the reason behind the threats, she’s also the President’s most recognizable aide. Conway didn’t say whether other members of the Trump administration also received threatening mail. (RELATED: Find more Trump news at Trump.news)

Conway said there’s a good relationship between all top Trump advisers. Herself, Steve Bannon, Jared Kushner, and Reince Priebus are all working together as a cohesive unit.  “The senior team exhibits many of the characteristics President Trump has always valued: cohesion, collaboration, high energy, and high impact,” said Conway, who will focus on issues including health care and our veterans. Conway is expected to spend less time on television.

Conway also recently discussed Democrats “slow-walking” Trump’s cabinet picks. “We would prefer some of the Dems stop playing politics with our Cabinet nominees. We need a fully functioning government” Conway continues, “We have not been given the same deference that President Obama and even President George W. Bush had at this point in their early presidencies. President Obama had 7 on day one, that would have been last Friday. We had two. Now we have three” said Conway.