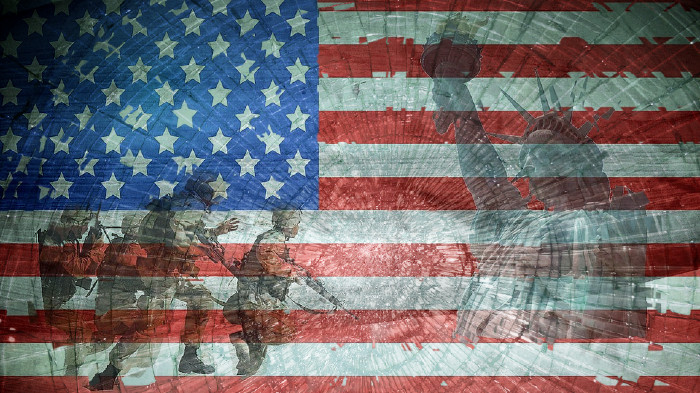 Due in large part to the incessant lying and deliberate false reporting of the “fakestream” media, the United States of America is now precariously close to descending into armed revolt and a new civil war.

While President Trump is doing exactly what’s needed to protect America, root out the deep corruption of the bureaucracy and battle the incessant “fake news” lies of the media, the left-wing propagandists (who script every significant story in the mainstream media) have a sufficient number of blindly obedient followers to drive the nation into social chaos. (That’s their goal.)

Not only are the radical left-wingers attempting to subvert the Republic and foment a communist uprising to overthrow the legitimate U.S. government; they’re also hoping to murder as many whites as possible in the process. As revealed in this shocking Daily Caller article, a Black Lives Matter activist trained as a social justice warrior is now openly calling for the mass murder of whites. “We need to start killing people,” she says with a megaphone while wearing a Black Lives Matter shirt. “First off, we need to start killing the White House. The White House must die…” she continues, perfectly parroting the scripts taught to her by SJW front groups funded by George Soros.

She wraps it all up with a demand to take all the property and belongings of whites, just like the Nazis did to Jewish prisoners: “White people, give your f#cking money, your f#cking house, your f#cking property, we need it f#cking all…” while another crowd member screams, “Reparations!”

In my podcast exploring the extreme divide in America, I explain why continued escalation of hatred and violence by the “journo-terrorism” mainstream media may thrust America into kinetic violence where the explosion of unruly left-wing rioters leads to a Trump-ordered Martial Law and National Guard crackdown on the mindless mobs. This, in turn, will very likely accelerate the collapse of peaceful society.

Coincidentally, I am on the record predicting this exact outcome, telling Natural News readers in this January 3, 2017 article:

Even more astonishingly, realize that even you will beg for martial law because the violence, looting and social chaos being pursued by the lawless left will be so outrageously out of control that you’ll gladly give up more liberty in exchange for the promise of security.

Now, in a more up-to-date podcast, I give you the latest analysis that points toward mass social unrest and Martial Law in America’s near-term future. To stop all this, by the way, President Trump could declare a national emergency and halt the divisive propaganda of the left-wing media by decree, with a phased return to a free press after the communist subversives have been arrested and imprisoned. (This is precisely what former KGB propagandist Yuri Bezmenov says a free nation must do to reverse cultural subversion by communists.)