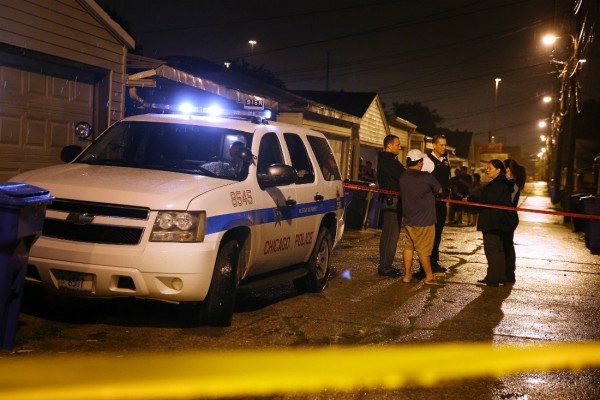 Ex-President Obama had a political tactic he liked to use over and over again: Telling a lie often enough so that it becomes ‘the truth.’ Either that, or he’s mentally ill.

Maybe it’s both. That helps explain why he would feign to suggest that, during his two terms in office, violent crime has actually gone down, when the opposite is so demonstrably true.

As reported by Breitbart, Obama used the Harvard Law Review to make his ridiculous claim that “there is no growing crime wave,” despite the actual crime wave that has left 1,500 Americans dead in 2015 and 2016.

He went on to claim that “crime remains near historic lows” throughout his tenure, and denies that there is any crime wave sweeping the country (and especially parts of his home town of Chicago) in his column.

Specifically, the president claims: “I have also used my clemency power to a degree unmatched in modern history to address unfairness in the federal system… I will be the first President in decades to leave office with a federal prison population lower than when I took office.”

Now, granted, it’s important to understand who the president is talking to: A bunch of law students at an Ivy League school who are being indoctrinated with Left-wing political methodology for understanding and dealing with criminal activity and behavior.

Which is to say, the victim is seldom a real “victim,” the perpetrator is a victim of an unjust system (particularly if they happen to be a minority), and the police are inherently racist and corrupt.

Obama claims that “criminal justice reform” has been a lifetime focus of his, which is to say, he has spent his formidable years as an activist for more leniency and less prison time for minorities who are guilty of committing crimes but who shouldn’t be held responsible for those crimes because the very social and economic liabilities they endure thanks to Left-wing Democrat policies.

Dependency on government, through various welfare and assistance programs, is what Obama has also worked to expand, and it is this socioeconomic model that has decimated generations of poor, minority Americans. He doesn’t advocate for personal responsibility and rugged individualism—two hallmarks of a free-market economy and a civil society—but instead preaches a top-down, heavy-handed, centralized governmental approach to society, which strangles innovation, thwarts opportunity and produces the kind of dead-end, high-crime cycle of failure Democrats own lock, stock and barrel.

As for Obama’s disdain and mistrust of police, that is summed up in this simple paragraph:

As a state legislator in Illinois, I worked with law enforcement and civil rights leaders to push for reduced sentences, videotaped police interrogations, and other reforms, including legislation in favor of second chances and against racial profiling.

As a candidate for President, I called for addressing unwarranted disparities in criminal sentencing, emphasized the harms of profiling, and set out new initiatives to help the formerly incarcerated earn second chances.

Notice how Obama creates the problem—“racial profiling”—then frames it as though it’s a proven fact and an ongoing problem that still hasn’t been addressed (despite a lack of any real evidence police racial profiling is pervasive and common).

“Videotaped police interrogations” is Obama stating as fact that cops’ interrogation methods are improper, unconstitutional and harmful, so they must be monitored.

There’s more. “Unwarranted disparities” is code for alleged mistreatment of minorities; Obama is saying here that minorities get harsher sentences not because of the crime they were found guilty of committing, but because of the color of their skin.

All of this effort to treat criminal justice as evidence of racial disparity has had an effect on our society. Even a Left-wing think tank, Brennan Center for Justice, is more honest with the people when it comes to reporting the spike in violent crime.

Obama is trying to stoke his legacy when he makes claims that are so obviously false. That’s what this is really about.