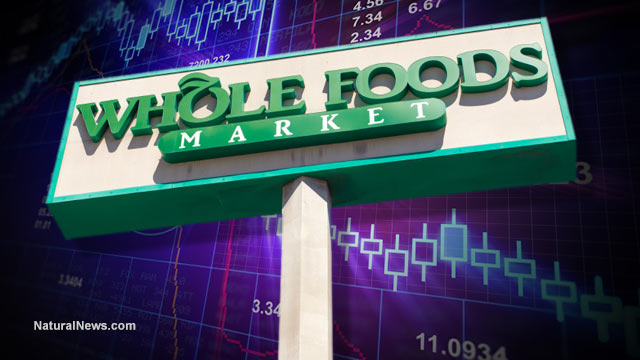 Following a lengthy 2015 investigation by New York City’s Department of Consumer Affairs that uncovered “systematic overcharging for pre-packaged foods,” healthy grocer Whole Foods Market has once again found itself in hot water over its pricing — but this time for accurate pricing that many of the stores NYC customers are claiming is outrageously too high.

A popular Whole Foods store in NYC’s Columbus Circle recently adopted a local food favorite, the famous “chopped cheese” sandwich that residents can get for a few bucks from local bodega’s scattered throughout town. But at this particular Whole Foods location, the simple sandwiches are being sold for a whopping $8 each, which has prompted many Twitter warriors to create a ruckus.

As reported by the New York Daily News (NYDN), the organic and natural food chain is sustaining a barrage of complaints via the social media platform over what they say is a grossly overpriced sandwich. Some are even calling it an act of food gentrification by Whole Foods, which has apparently decided to jack up the price of this basic food for its yuppie clientele.

Basically New York’s version of the Philly cheesesteak, a chopped cheese contains cheese, meat, and some basic toppings and condiments in a neatly-wrapped hoagie-type bun known as a “hero.” Its namesake comes mostly from poorer areas of NYC, including Harlem and the Bronx, which has made it even more a point of contention for some.

Even worse is the name of the cart at the Columbus Circle Whole Foods location where the sandwich is sold: “1492,” a play on the year Christopher Columbus conquered the new world and displaced natives. To critics, the use of this cart to sell overpriced chopped cheeses is ironically symbolic of this cultural conquest.

“THE NAME OF THE CART. THE PRICE OF THE CHOPPED CHEESE WHAT IS WRONG WITH YALL,” one Twitter user lamented about the product, which is turning out to be yet another thorn in the side of an already suffering grocery retailer that continues to see dwindling profits amidst increasing customer upset.

Many Whole Foods customers are still reeling from recent investigations into Whole Foods’ seemingly shady business practices, which have included overcharging customers for prepackaged food items once they arrive at the checkout counter. Company spokesman Michael Sinatra issued a statement back in 2015 claiming that the Texas-based chain “never intentionally used deceptive practices to incorrectly charge customers.”

But the let-the-chips-fall-where-they-may attitude of Whole Foods ever since — the company hasn’t seemed all to interested in rectifying the problem publicly — hasn’t done the company any favors from a financial standpoint. The latest figures show that Whole Foods profits have declined some 22 percent from just one year ago to $120 million, with the company’s stock prices falling roughtly 16 percent during this same time.

Then, there’s the U.S. Food and Drug Administration (FDA) warning about “serious violations” at one of Whole Foods’ prepackaged food preparation facilities in Everett, Massachusetts. The FDA sent a letter to the company’s two co-CEOs about these sanitary violations at the facility, but Whole Foods apparently failed to respond adequately with proper documentation, which the FDA declared to be “unacceptable.”

Customers are also realizing that viable alternatives to Whole Foods exist that charge less and provide more, which means Whole Foods is going to need to aggressively change its business model or potentially go the way of the dodo bird in years to come. In a statement, Whole Foods co-CEO Walter Robb seemed to understand what’s at stake, declaring that, “We are continuing to make measurable progress on fundamentally evolving our business.”