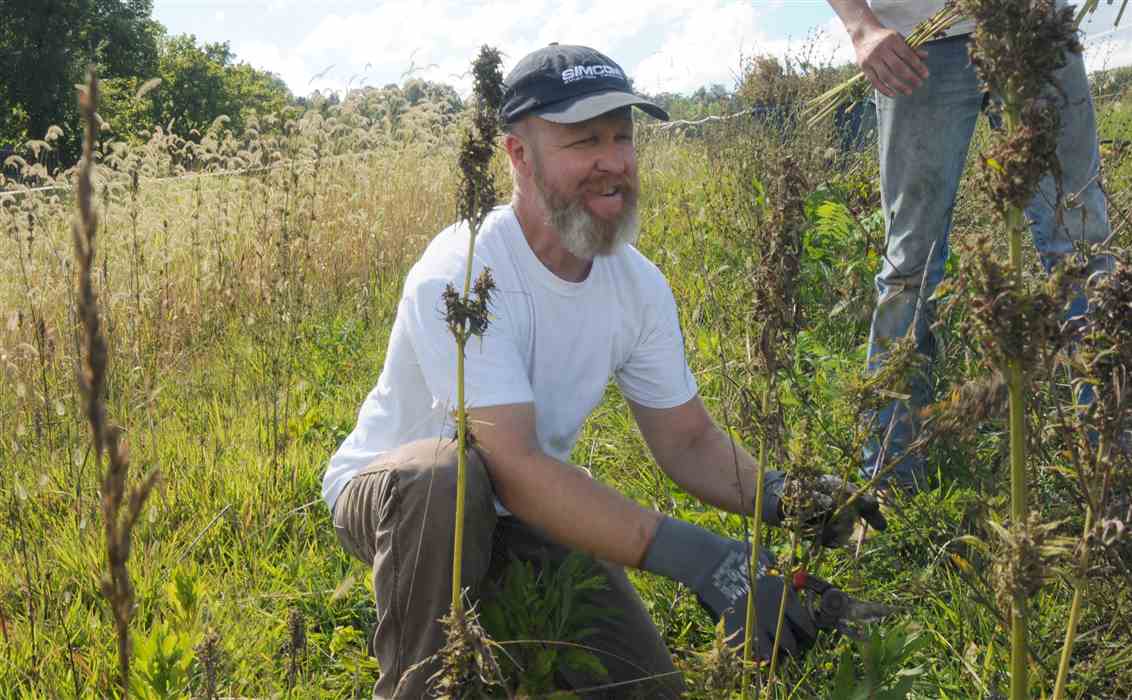 Industrial hemp is a cannabis sativa plant that has less than 1% of tetrahydrocannabinol (THC), the psychoactive properties of marijuana. In addition to food products created from the hemp plant’s seeds, oil, and stalks, says Leafly.com, hemp can provide fuels, ink, lubricants, rope, canvas, clothing, concrete, and much more. Hemp’s resilience, strength, and ecosystem-repairing properties have long been well documented. Industrial hemp is an important export in over thirty nations including Canada, China, Russia, Germany, Chile, Denmark, Hungary, Poland, and Egypt, as reported by Hempuniversity.com. But growing hemp in the U.S. is done only when the farmer complies with a complicated combination of hoops and rules and statues from both federal and state authorities.

While the 2014 Farm Bill opened the door for industrial hemp research, those hoops  have kept the U.S. hemp market practically non-existent. In fact, the United States is the world’s biggest importer of hemp, to the tune of about $620 million per year. The Cannabist reports that only 6900 acres of hemp research plots fields are currently being grown. The Drug Enforcement Agency (DEA) still insists that hemp and all marijuana products and extracts remain as a Schedule 1 controlled substance. But, as detailed by Tenthamendmentcenter.com,  a bill recently filed in Alaska to legalize industrial hemp production may actually “nullify federal prohibition on the plant.” If this bill passes, as far as the authorities in Alaska are concerned, hemp plants and seeds are not controlled substances. This means that farmers would be able to grow, process, harvest, and possess “the plant without a license.”

Alaska hemp farmers would then simply look at hemp seed the same as other commodity seeds, like tomato, corn, or kale. Current federal law only “authorizes the farming of hemp – by research institutions only, for research only. ” This newly filed bill in Alaska rejects “the need for federal approval.” Oregon, Vermont, and Colorado have taken similar actions. One would hope it’s just a matter of time until hemp production is promoted  in the United States, just like it was during World War II.

Hemp has a long and storied history in America. According to Farm Collector, the first hemp seeds arrived on our shores when the Puritans carried them across the ocean in the Mayflower, a ship fortified with hemp fiber in its “lines, sails, and caulking.” Industrial hemp was grown extensively throughout the early American colonies in the mid- 1600s and crafted into rope, cord, cloth, paper, sacks, and canvas, and occasionally used to pay taxes. The “early drafts of the Declaration of Independence” were printed on hemp paper.

The 1970s war on drugs created a war on hemp, as hemp and marijuana were looked upon as an identical plant. But the demonization of hemp started way before President Nixon’s signature. The story of how the marvelous and sustainable benefits of hemp were suffocated is the same as most stories. Because hemp is a renewable resource, that caused problems for Dupont’s chemical, wood pulp, and synthetic nylon industries back in the 1930s and 1940s. As Theinfluence.org tells it, there was a collusion between Dupont, Randolph Hearst’s media empire, and the federal government to convince the public that marijuana and hemp were a “devil weed,” and a “deadly drug [that] American children must be protected against.”

Fortunately, these lies are being scraped away, one by one. Industrial hemp, medical marijuana, and CBD oil are being rediscovered and utilized as they were intended.