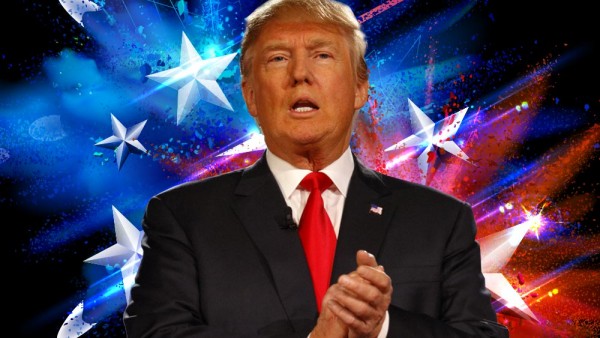 History has been made! It’s on the books. CNN ran positive news all day on inauguration day for the newly installed and sworn in President Donald J. Trump.

Sure, we all know now that CNN is the fake news headquarters of the USA, but as the saying goes, “keep your friends close and your enemies even closer,” so good investigative journalists must keep an eye on the “other side.”

All the posers and shills (actors who read scripts but pretend to be journalists) like Anderson Cooper, Erin Burnett and even Don Lemon acted like it was New Year’s Eve again, smiling and giggling their way through the agony of pretending they were happy for the Trump family as they took over the White House and attended the “royal” balls. Donald J. Trump is the man they know will dismantle the very framework and advertising revenue that virtually props up fake news, including the “infrastructure” of The New York Times, the Washington Post, Politifact, MSNBC, and all the other media shills who pushed the false narratives of the former Commander of Deception, Barrack Obama.

What’s so dangerous about scripted news? It pushes fake science and fear-based propaganda

Originated in 1946, the CDC is a for-profit corporation listed on Dun and Bradstreet that supports several corrupt industries, including the scandalous pharma giants and the insidious immunization manufacturers that still hide mercury in very high doses in influenza vaccines. The CDC is supposed to provide information on non-infectious diseases such as obesity and diabetes, but they’re hiding those truly shocking statistics that are skyrocketing in America while they buy, sell and promote dangerous chemical medicines that are untested and highly experimental.

The onslaught of preventable diseases in America, including cancer, diabetes, heart disease, strokes, Alzheimer’s, Parkinson’s, arthritis, osteoporosis, hypertension and kidney disease, all literally accelerated after World War II. That’s when processed food and chemical medicine became the “norm” for Americans, thanks to crooks, pharma lobbyists and corrupt politicians running the CDC and the FDA. Infectious disease was already dying out, but fear-based propaganda convinced American “sheeple” that vaccines were the answer, and soon chemical agriculture would drive health damage and chronic sickness like never before.

Advertising on television, in newspapers and in magazines promoted cigarettes, while doctors and scientists all knew smoking tobacco was a direct cause of lung cancer. Today, the same corrupt doctors, scientists and even academics promote GMOs and chemical prescription pharmaceuticals as “safe and beneficial,” knowing good and well that anyone on these daily “regimens” suffers dire health consequences. Meanwhile, the CDC and the FDA are faking science, altering results, skewing statistics and literally burying research they don’t want the dying public to read or understand.

The true 110-year-history of the FDA is barely known to most Americans and for good reason: They don’t want you to know about it.

Even though the FDA was “historically” founded in 1906, its origins can be tracked back to the appointment of a man named Lewis Caleb Beck in the Patent Office way back in 1848. His job? To carry out chemical analyses of agricultural products. Just 14 years later, the Department of Agriculture “inherited” the job. In 1906, the “Pure Food and Drugs Act” completely adulterated food, deregulated interstate commerce and misbranded drugs. Then, by the early 1950s, the FDA, AMA (American Medical Association) and the CDC collaborated and conspired to hire Nazi scientists fresh out of prison (for mass murder) who would propel the U.S. processed food and allopathic chemical medicine industries. This was well thought out and meticulously planned for profit.

What corporations and companies were behind it all? The same ones who control it all today: Kellogg’s, Kraft, ConAgra, Coca-Cola, Nestlé, Tyson, PepsiCo, Bayer, BASF, Dow, DuPont, and of course, Monsanto –a conglomeration of the German pharmaceutical giants that created biological weapons and the chemicals for the gas chambers used by Adolf Hitler to kill millions of innocent people.

President Trump not in debt to any corporations, pharma giants or Big Food, and knows the U.S. regulatory agencies are corrupt

How can Americans who care about honesty, science, clean food and clean, natural medicine help President Donald J. Trump attack the fake science of the CDC, FDA, Big Pharma and corrupt vaccine industry? Remember, just because some science is “peer reviewed” doesn’t mean it’s the Bible on health and the be-all and end-all of that research.

The AMA has been corrupt since its inception, and one of the biggest con artists that ever lived, the infamous Morris Fishbein, ran the AMA for 25 years, giving dangerous untested pharmaceuticals the official AMA “stamp of approval” (just like the FDA does today) and publishing advertisements for those brain-killing, cleansing-organ-destroying drugs in JAMA (Journal of the American Medical Association).

Stay tuned to the latest truth and verified, legitimate science about food and medicine at CDC.news and Vaccines.news, which are both part of the new truth media that has zero Big Food and Big Pharma sponsors! That’s how you can always tell the difference between real news and fake news – just take a look at the advertising. Seek truth and your reward will be your quality of life.