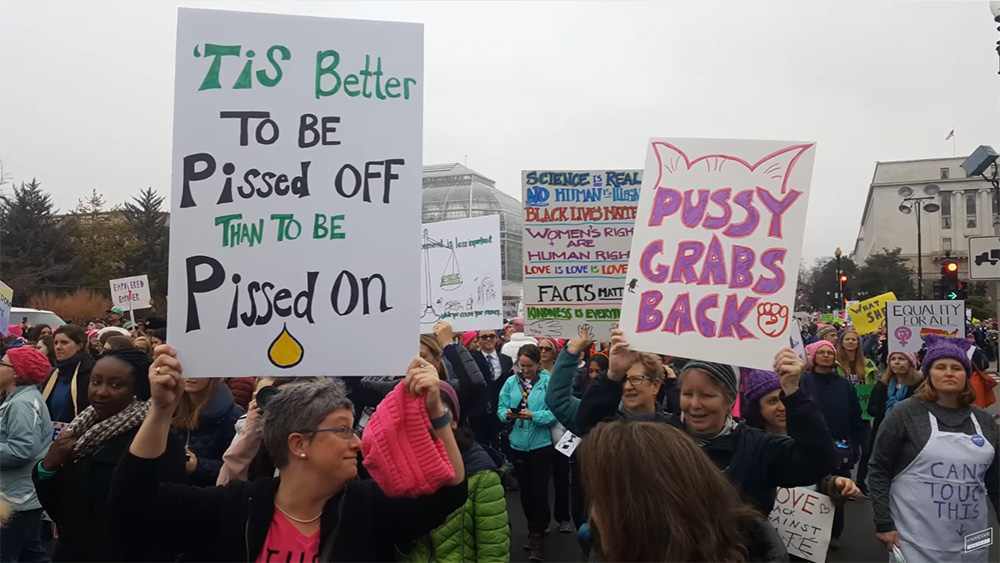 When you see hundreds of thousands of white women marching around with vagina hats on their heads, celebrating the legacy of an organization founded to exterminate blacks, you know racism is alive and well in America… and it’s found squarely on the Left.

Planned Parenthood was founded as a genocidal “black extermination” organization by a black-hating eugenicist who referred to black people as “human weeds.” The legacy of Margaret Sanger continues to this day with the placement of Planned Parenthood abortion mills in mostly black inner city locations, where the promise of offering “prenatal services” is a cruel lie and a deceptive cover story to keep government money flowing while black babies are murdered en masse.

In my most recent uncensored podcast, I reveal the shocking, gruesome truth about Planned Parenthood, its genocidal war on blacks and how the political Left runs a modern-day “economic slave plantation” that deliberately traps African-Americans in a cycle of dependence and ignorance while exploiting them for their votes. (RELATED: Follow more abortion news at Abortions.news)

I also explain why the most terrifying idea to the Left is an informed, successful and self-determined black man who casts off the shackles of social engineering, disproving the Left’s false grievance narratives. Armed black men who invoke their Second Amendment rights are even more terrifying to the Left, which is why the KKK was founded and run by Democrats who pushed gun control to make sure blacks couldn’t shoot back while Democrats strung them up with rope.

The false racism narratives of the Left have been so successful that to this very day, almost no one remembers that Abraham Lincoln, famed for “freeing the slaves,” was a Republican. Recently, A&E was caught rigging “theatrical racism” for a supposed documentary mini-series, where they brought all the racist props to the set and paid white people to scream “[email protected]@er” on camera for cash.

Under Obama, the federal government was so “pro genocide” against blacks that Obama’s CDC deliberately covered up evidence of vaccines causing huge spikes in autism among young African-American males.

Click here to listed to my uncensored podcast at the Health Ranger Report website, or listen below: