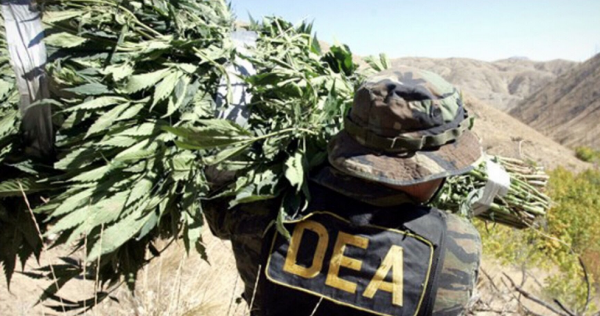 Confirming what many people have long suspected, a former top DEA representative has admitted that the agency knows marijuana is not dangerous, but continues to deny this in order to make money.

Belita Nelson told a group of doctors and nurses at the Marijuana for Medical Professionals Conference in Denver that the DEA’s philosophy was: “Marijuana is safe, we know it is safe. It’s our cash cow and we will never give up.”

After catching the agency’s attention through her mission to help heroin addicts in her community get treatment by setting up a nonprofit, Nelson served as an international media representative for the DEA from 1998 to 2004, eventually becoming their chief propagandist.

During her time with the agency, she appeared regularly on talk shows like Nightline and the Oprah Winfrey Show, talking about the dangers of cannabis. However, after seeing firsthand how marijuana eased the suffering and prolonged the life of a friend with cancer, her reservations grew, and the final straw came after discovering that cannabis was helping some heroin addicts to break their opioid addictions. This led her to quit her job in 2004 in protest of the agency’s illogical stance against cannabis.

What happened next is unsettling but not surprising: Upon realizing they had forgotten to ask her to sign a confidentiality agreement when she was hired, the agency tried to buy her silence.

Horrified, Nelson told them that she would not accept their money and that she would tell the world that the agency knows cannabis is safe and is keeping it from sick people who need it. She described what goes on in the agency as “corruption on steroids.”

In an interview with The Hemp Connoisseur Magazine, she said that the DEA offer of $10,000 a month was part of an attempt to turn her into a confidential informant against the drug addicts she was helping with her non-profit. She told that publication, “The War on Drugs has corrupted law enforcement to the point where the DEA is indistinguishable from the cartels.” She now feels that the only real solution to the problem is the full legalization of all drugs.

Today, Nelson is an advocate for medical marijuana, particularly for treating chronic traumatic encephalopathy (CTE). CTE is a degenerative brain disease that is brought on by repeated head trauma, and it has made a lot of headlines recently as being the cause of death for former football players. She founded an organization for players who suffer from the ailment, called the The Gridiron Cannabis Foundation. The group aims to convince the NFL to give players the green light to use medical cannabis in order to help counter the onset of the illness.

Last year, the DEA had the opportunity to change cannabis’s classification as a Schedule 1 drug, but refused to do so on the grounds that “more research is needed” into its medical benefits. However, many people feel that this decision was largely made because cannabis is a threat to the profits of the powerful Big Pharma interests that support the agency and line its pockets.

The DEA admitted that a recent controversial ruling classifying all cannabinoids as Schedule 1, which means they have no medical use and serious safety concerns, came in response to a request by Big Pharma to label them as such. While medical marijuana laws have made some great progress in recent years, it is hard to imagine serious inroads being made when the very agency that enforces drug laws is so incredibly corrupt.