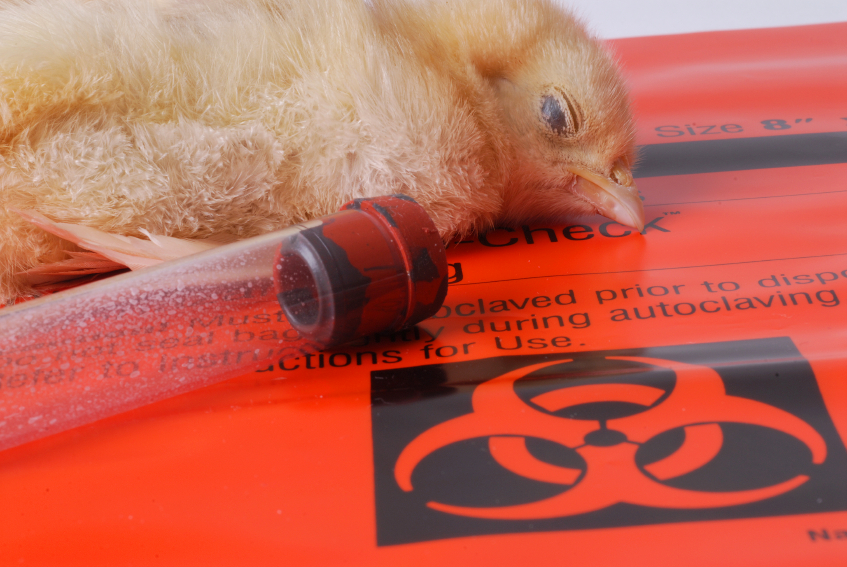 An unprecedented number of bird flu outbreaks are taking place simultaneously around the world, featuring a never-before-seen number of new strains of the virus. This situation dramatically raises the risk of a human-to-human transmitting bird flu pandemic, disease experts are warning.

“You’ve got more exposures, to more farmers, more often, and in greater numbers, in more parts of the world – so there has to be an increased risk of spillover human cases,” said virologist Ian MacKay of the University of Queensland.

The World Health Organization (WHO) has warned that the enormous number of circulating strains constitutes the “early signals” of a potential human pandemic.

Health experts have been carefully watching the H5N1 strain of influenza for nearly 20 years since it evolved into a highly virulent (and lethal) form with the ability to occasionally infect humans. They warn that a single mutation allowing the virus to pass more easily from person to person could cause a devastating global pandemic.

But never before have experts seen bird flu outbreaks spread so widely across the world. Even more disturbingly, the outbreaks are nearly all caused by different virus strains. Rather than the two to three bird flu strains typically circulating at one time, there are currently at least six.

Experts attribute the current spate of outbreaks to the rapid emergence of newer, more robust strains of bird flu virus. They have ruled out the possibility that improved detection or reporting can explain the current situation.

“This is a fundamental change in the natural history of influenza viruses,” said infectious disease specialist Michael Osterholm, of the University of Minnesota.

The high number of viruses currently circulating also increases the risk that different strains will cross, producing a new, virulent variety that crosses easily between people.

Many of the circulating H5Nx strains — all of which appear to be descended from the highly virulent form of H5N1 that first emerged in 1997 — seem to have a higher than typical ability to spread between wild and domestic flocks and to travel across large geographic distances.

Between November and late January, nearly 40 countries have reported highly pathogenic bird flu outbreaks to the WHO. Outbreaks have occurred in both wild and domestic birds.

Although the poultry industry blames wild birds for spreading bird flu, evidence suggests that the highly virulent forms of the virus evolved (and continue to evolve) in crowded, unhygienic factory farm conditions and that these still form the major reservoirs of the virus.

In some of the current outbreaks, researchers say they are seeing airborne infection between birds at poultry farms several miles apart from each other, something that has never seen before.

The strain causing an outbreak in China, H7N9, is only believed to have emerged in 2013. Since then, it has already infected 900 people. The H5N8 has been spreading rapidly across Russia and Eastern Europe, leading farmers to perform mass cullings in an effort to contain it. The same strain is also infecting birds in the Middle East, while H5N1 is circulating in India, Bangladesh, and no fewer than six African countries.

Health experts warn that it is easier to miss the early signs of bird flu outbreaks in Africa, because many African countries have weak health and veterinary services, particularly on the local level. Yet the WHO has already received additional reports of H5N8 in Tunisia and Egypt, and H7N1 in Algeria.

There do not appear to be any current bird flu outbreaks in the United States. The last outbreak was in 2015 and led to the culling of more than 43 million domestic birds.