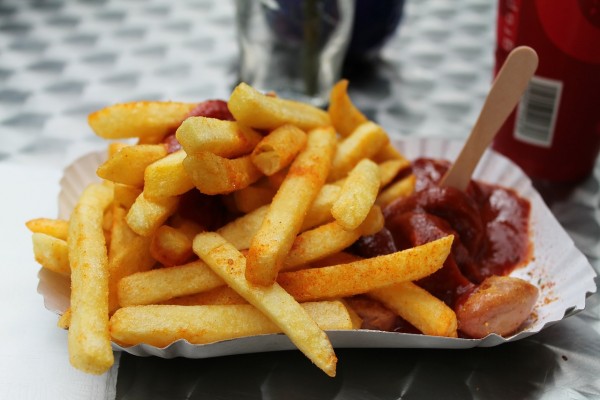 If you work for a living, the fact that there are people who don’t and instead choose to live off of government assistance is almost guaranteed to frustrate you. The fact that anyone in the United States thinks it is reasonable to force those in the workforce to pay for those who willingly choose not to work is beyond comprehension, but that is exactly what the Regressive Left believes. They are trying to shift the entire country in the direction of socialism and this is the first step.

Food stamps pay for the weakest members of our society to survive without doing anything on their own. As you can probably tell from the fact that they are exploiting a welfare program, many of the people that are using food stamps aren’t the best and brightest of our society. In fact, many of them appear to be complete leeches that have no desire to better themselves or the world around them. That’s why it isn’t particularly surprising that people that are on the Supplemental Nutrition Assistance Program (SNAP) spend much more money on sugary junk food than those that are not. They are not concerned with being healthy, because they have no incentive to be.

A recent study published by the United States Department of Agriculture (USDA) breaks down how unhealthy the eating habits of many people that are using food stamps appear to be. Jerome Hudson of Breitbart reports, “Overall, SNAP users spent 22.8 percent of their benefit on sugary drinks, desserts, salty snacks, candy, sugar, plus jams and sweets, and only 11.9 percent on fruits and vegetables. Families that don’t use SNAP spent 20 percent of their funds on those sweet items, and 16.3 percent on fruits and vegetables.”

While the Regressive Left has been pushing the idea that the economy is booming and that there are no problems when it comes to finance in America, statistics prove that they are completely wrong. Hudson goes on to explain, “More than 10.7 million more Americans — a 32 percent jump — have become reliant on food stamps to feed themselves since Obama took office in 2009, according to data released by the Department of Agriculture.”

This is completely unacceptable. There is no reason why SNAP users should be allotted funds to spend on food that have virtually zero nutritional value. If we are going to have these kinds of welfare programs at all, they should provide their users with the bare necessities — which does not include soda and candy. If we are all about promoting healthy lifestyles in America, this is the last thing that any of us need.

When libertarians say that taxation is theft, this kind of irresponsible spending is exactly what they are talking about. If we are going to have federal programs that use taxpayer money in order to better our country, we desperately need to analyze exactly how the money is being spent. Hopefully the Trump administration has a plan regarding how to fix these issues. Taxes need to be going down instead of up and we can no longer afford to waste money on these social programs that are being exploited beyond belief.