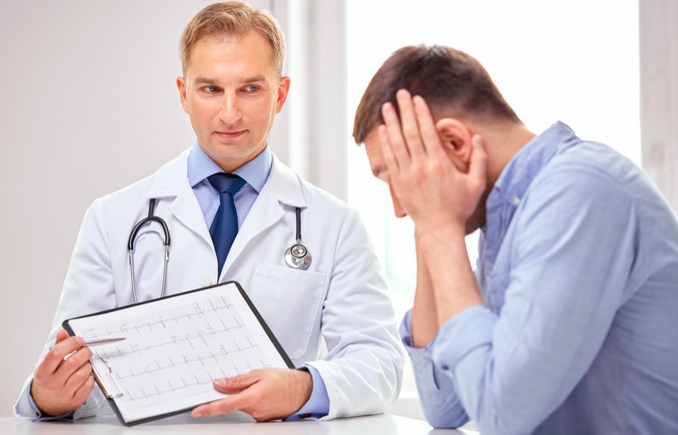 (NaturalNews) Media reports are heralding a device called the Na-Nose as a breakthrough in early diagnosis of cancer and other diseases. The device’s creators say its detection capabilities are so refined that they could enable much earlier treatment of cancers that, due to late detection, are currently highly lethal.

A patient breathes into the device, which analyzes the chemical composition of their breath to detect 17 different diseases, including several varieties of cancer. It is not yet considered accurate enough for clinical use.

As always, the allure of early detection and treatment raises its own questions about the risks of potentially pushing larger numbers of people into risky and invasive treatments that might actually do them more harm than good — either through false positives, or simply because not all treatments are actually right for all patients.

Lead researcher Hossam Haick of the Israel Institute of Technology has been researching using breath to detect disease since 2007. He was inspired by research showing that dogs’ noses are sensitive enough to detect cancer better than any current medical test.

Dogs have been trained to detect cancers including lung and thyroid cancer, while bees and even fruit flies have also been trained to “smell” cancer and other diseases. Typically each animal can only be trained to detect a single disease, however, such as lung cancer. Haick sought to create a single test to screen for multiple diseases at once, even before a patient might be experiencing symptoms.

This could be a life-saver for certain cancers like lung cancer, which is deadly primarily because it is rarely detected until patients feel pain or other symptoms, when the cancer is often too advanced to be stopped.

To design the Na-Nose, researchers analyzed breath samples from more than 1,400 patients with a variety of diseases. They identified 13 different chemicals that occurred in differing levels specific to each disease, forming a type of chemical “fingerprint” for 17 different diseases, including eight types of cancer, Crohn’s disease, Parkinson’s disease, multiple sclerosis, kidney disease, pulmonary hypertension and four others.

The Na-Nose was then designed as a breathalyzer-type machine containing various sensors to detect and measure the 13 chemicals, plus a computer to analyze the results while taking into account factors such as the age and sex of the patient. In recent tests, the Na-Nose was 86 percent effective at detecting the correct disease.

Easy screening has its risks

The researchers note that while the device is not yet accurate enough for clinical use, they hope to continue refining it. Initial models are likely to be large and cost $10,000 a piece. Eventually, the researchers want to shrink them down to pocket size and sell them for about $10 directly to consumers, or perhaps even turn them into a smartphone app.

The researchers also suggested that the device could be further refined to identify people “at risk” of certain diseases.

It is in these visions of the future that we see the real risks of this kind of technology. A pocket cancer test is likely to feed the culture of over-screening that contributes to the over-medicalization of culture. Contemporary cancer screening already has a major problem with false positives; the risks of these false positives grow exponentially the more people are getting unnecessarily screened.

There also real dangers in the push to treat people “at risk” of diseases. Enormous numbers of people now taking dangerous cholesterol-lowering statins that, studies have shown, do not do anything to improve their health outcomes. Yet the threshold for putting people on these drugs continues to be lowered — is it any wonder that they’re the top-selling drugs in the world?

A similar phenomenon can be seen with the category of “pre-diabetes,” an invention of the American Diabetes Association. Studies have shown that there are no benefits — but many risks — from treating people in this category with drugs. In fact, research suggests that the threshold for diagnosing people with diabetes may already be too low, and actually need to be made more strict.