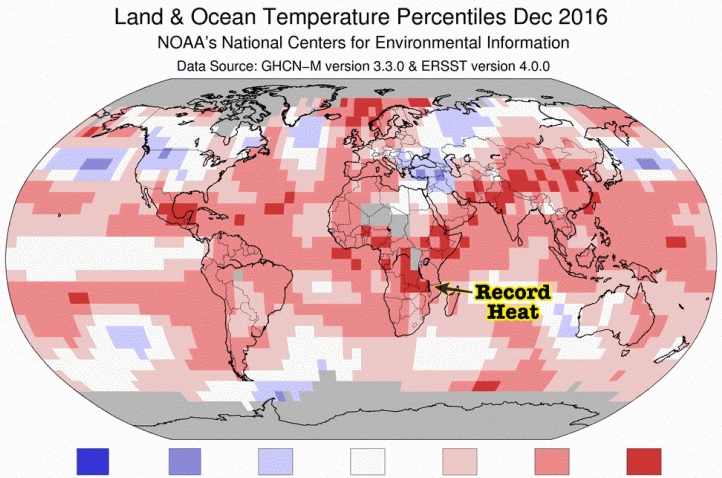 A new look at world temperature data claimed by the NOAA — the chief proponent of “climate change” theory — discovers that global warming temperature data points are fabricated for large regions across the globe.

The NOAA simply fabricates temperature data wherever it wants, creating the false impression that global warming is backed by “credible science.” In reality, climate change is the greatest scientific fraud ever committed in human history. But because it’s a religion in the mind of climate change cultists, they don’t feel they need real data! Since they already “know” climate change is real, they simply make up whatever data they need to fulfill their apocalyptic climate doomsday beliefs driven by quack science.

The map above is fake. NOAA has almost no temperature data from Africa, and none from central Africa. They simply made up the record temperatures.

Gavin Schmidt at NASA claims the imaginary NOAA data has been replicated by many other institutions.

However, when Gavin is confronted about his obviously bogus temperature graphs, he defends by saying “it is not my data, I get it from NOAA.” In fact, all of the supposedly independent agencies get the lion’s share of their data from NOAA.

NASA and NOAA are engaged in the biggest fraud in science history, and this needs to end now that criminals are no longer in control of our government. Under the Trump administration, government employees stand to make huge amounts of money by whistleblowing fraud. Contact Kent Clizbe for details.