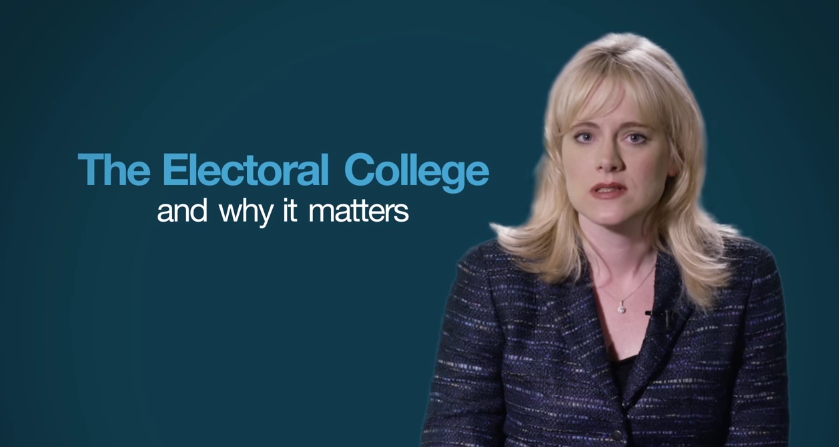 Justice Ruth Bader Ginsburg of the Supreme Court has indicated that she wants to revise the Electoral College. The announcement came during a Monday night appearance at Stanford University, where she also denounced partisanship and the death penalty. Leftists are looking for any possible way to dismantle the Electoral College after suffering a devastating upset in the November election, where their candidate of choice, Hillary Clinton, won the popular vote but lost the Electoral vote. Ginsburg has joined the leftists’ view that if they don’t get their way, then the system can’t stay. “There are some things I would like to change, one is the Electoral College,” said Ginsburg, who acknowledged a constitutional amendment would be difficult but necessary to accomplish the task. (RELATED: Find more Donald Trump news at Trump.news)

The electoral institution that has served Americans for centuries is under attack by many prominent public figures. Ginsburg didn’t offer up any clear solutions on how she would like to see the Electoral College fixed, but the point is that the system isn’t broken. Democrats would like to see a move toward the popular vote. Any proposed changes to the Electoral College would be totally against the process created at the Constitutional Convention by America’s founding figures. They built the Electoral College with many important things taken into consideration. The system has produced peaceful power transitions for hundreds of years, which is quite impressive in comparison to political systems elsewhere in the world.

The system isn’t broken but it’s certainly under heavy scrutiny. Leftists need to accept the results of the election plain and simple. Washington and Lincoln wouldn’t have won their respective elections without the system in place. The system is balanced to produce results that serve best the nation. The states need to play an important role in the election process. Overpowering the majority has brought down civilizations in the past.

In 2016, Rust Belt states who typically vote Democratic chose Donald Trump. He appealed to their needs better than the Democratic nominee. If the Electoral College wasn’t a balanced system, then almost all presidential elections would be won at the hands of California, New York, and Texas. Each state is part of America’s team of 50, and the majority for Clinton need to put away their tissue boxes and start acting like team players. (RELATED: Find more conservative news at Conservative.news)