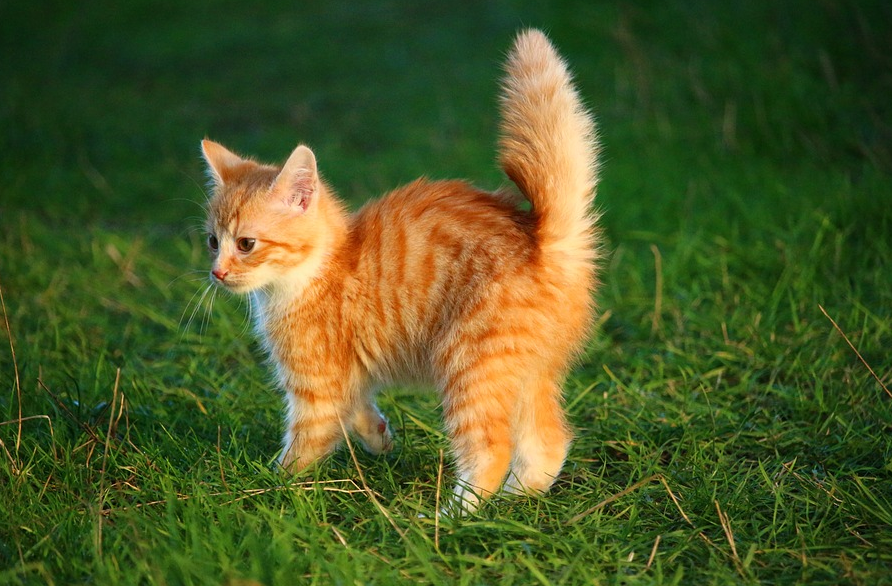 Two lucky Bulgarian cats have been given a second chance at a quality life on all fours after they lost both their hind legs in a car or train accident. One-year-old Pooh, which means ‘fluff’ in Bulgarian, and eight-month-old Steven are back on the prowl after they were given bionic paws.

Bulgarian veterinary surgeon Vladislav Zlatinov is the first vet in Europe, outside the U.K., to successfully apply the pioneering method of Irish neuro-orthopedic surgeon Noel Fitzpatrick who runs a veterinary clinic in Surrey, U.K. In 2009, Fitzpatrick made the headlines after performing his groundbreaking technique on Oscar, who then became the first bionic cat.

While most cats will do just fine when losing a paw in an accident, losing both hind legs is an entirely different story. Without its two back paws, a cat loses a lot of its mobility. To get around, these amputee cats limp or drag a set of wheels behind them, making it impossible for them to jump or climb.

In 2009, the two-and-a-half-year-old Oscar was run over by a combine harvester on a farm and lost both hind legs. In a three-hour operation, the prosthetic paws were fitted onto the stumps of Oscar’s remaining bones. During the surgery, the team drilled the pegs into Oscar’s ankle bones. To encourage bone cells to grow on the metal, the prosthetics were coated with hydroxyapatite. Eight months later, Oscar was as good as new. Playing, running, and jumping around like an ordinary cat would do.

“The real revolution with Oscar is because we have put a piece of metal and flange into which skin grows into an extremely tight bone,” said Fitzpatrick.

A new life for Pooh and Steven

Nobody would have guessed, seeing the one-year-old cat chasing a toy mouse around Sofia’s Central Vet Clinic, that he was hit by a car or train in April 2016. Only a month after the final surgery in December 2016, Pooh took his first steps. According to Zlatinov, the procedure can now be considered a success since the cat seems to have adapted well to its new bionic paws. (RELATED: find more bionic news stories at Robotics.news)

“Pooh’s condition is more than satisfactory. There might be some clumsiness, but he can walk, jump, and run,” the 35-year-old surgeon told the Agence France-Presse.

He added that if all goes as expected, Pooh’s skin will eventually grow over the bone and stem tightly enough to prevent infections. Recently, Zlatinov has successfully performed the procedure on another cat, Steven, who also lost both hind legs last year. He said these success stories give hope that even in a country like Bulgaria innovative things can be done.

Both Pooh and Steven were brought to Zlatinov by animal charity Let’s Adopt Bulgaria, which paid for the operations. Vyara Mladenova of Let’s Adopt said they went to Zlatinov looking for a solution because he had solved other hopeless cases of injured animals before. The results went beyond their wildest expectations, she added. Both felines are in excellent health after their recovery and looking for a loving home.