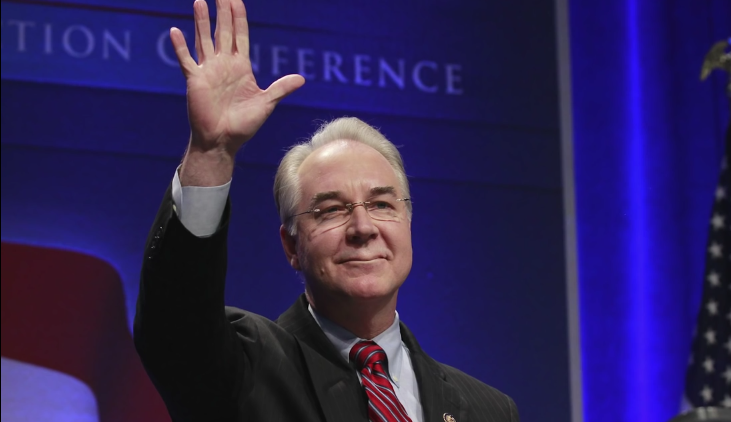 Rep. Tom Price, R-Georgia, was confirmed as secretary of health and human services in a vote that took place in the wee hours of Friday morning, providing momentum for Republicans to repeal the Affordable Care Act.

Consistent with all of President Donald Trump’s Cabinet confirmations this week, Price narrowly won confirmation on a 52 – 47 vote.

Democrats opposed Price because of his determination to dismantle the Affordable Care Act, one of Trump’s signature campaign promises, as well as his opposition to abortion rights and his support for cutting Medicare and Medicaid.

Price — a physician who was director of the orthopedic clinic at Atlanta’s bustling Grady Memorial Hospital before he entered politics — is expected to usher through any changes in health care policy.

“It’s clear to me Congressman Price’s policies do not have the best interest of the people I represent in Michigan at heart,” said Sen. Debbie Stabenow, D-Michigan.

More than 12 million people signed up for coverage through the ACA nationwide this year, according to The Associated Press. According to the AP’s analysis, a clear majority of them live in states that Trump carried in November.

Price came under fire during his confirmation process for trading stocks and engaging in other financial activity that would be affected by legislation he introduced in the House, where he was chairman of the Budget Committee. Public interest groups, as well as Democratic lawmakers like Senate Minority Leader Chuck Schumer, D-New York, have asked the Office of Congressional Ethics to investigate his transactions.

With Price’s confirmation, focus could return to Republicans’ plan to repeal and replace the ACA, also known as Obamacare. Trump has said the administration’s vision for health care would come down shortly after Price was confirmed.

It’s the third confirmation of a Cabinet official this week — in a vote pushed back to 2 a.m. as part of the Democrats’ strategy of slow-walking each of Trump’s nominees they oppose.

The next nominee up for Senate debate is Steven Mnuchin, Trump’s pick for treasury security. Democrats boycotted a vote in the Finance Committee and are expected to prolong his debate, too. That vote could come Saturday, as Republican leadership had threatened if Democrats required all 30 hours of debate to be used, or Monday.
The Senate stayed in session for 57 straight hours from Monday to Wednesday as Democrats spoke through the night in opposition to the confirmations of Education Secretary Betsy DeVos and Attorney General Jeff Sessions. While Democrats also oppose Price, they adjourned Wednesday night because of fatigue of lawmakers, staff and the non-political employees who staff the Senate floor.