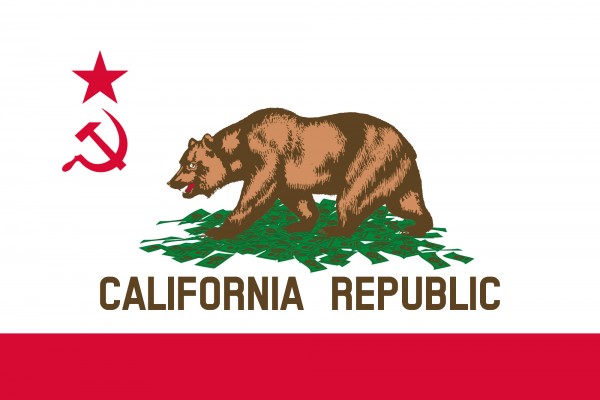 Dave Hodges, the host of the Common Sense Show, is working with historian Paul Preston to expose the dangerous Calexit movement. Calexit started as the California Yes campaign and aims to secede California from the United States. Yes California founder and former interim chairman of the California National Party, Louis Marinelli, is currently being supported in his endeavor by the Russian Government. Calexit was a plan in motion prior to the Presidential election. Hodges initial Calexit coverage didn’t gain much traction, but he uncovered many horrifying details that helped force the movement out of the shadows.

Calexit is part of a much greater plot to break up the US while Trump’s populism is kicking in. One of Hodges stories reveals a plot where elected officials and gangsters conspire to overthrow California by any means necessary. Shockingly, killing whites is part of that plan to force an exit from the US. Politicians are conspiring with criminals and murderers to push a political agenda.

Hodges gathered details regarding China’s move to control California’s food supply, and how a potential famine that could be coming to the US to help force the Calexit process. The Calexit campaign is also adding many Obama administration officials to their roster. There’s evidence linking Calexit to bringing terrorists into the US, and there’s also a link between Calexit and amassing terrorist forces along the Southern US border. (RELATED: Find conservative news at Conservative.news)

Calexit is well underway with a timetable for completion by 2019. Illegitimate California Governor, Jerry Brown, is using his illegal third term to carry out Calexit in a stealthy manner. Brown’s proxy forces told the LA Times that supporters for Calexit took their first formal step to secede from the union on Monday, January 23. The proposed ballot measure was submitted to the state attorney general’s office for a possible statewide vote as soon as 2018.

Yes California campaign leader, Marcus Ruiz Evans, said the group was going to proceed with their plans at a later date, but their timetable was sped up by Donald Trump’s election. That was a lie because they are still on course to implement the secession by 2019. Evans took to the media after heavy denial because Calexit’s plot was exposed. “We’re doing it now because of all of the overwhelming attention,” said Evans. (RELATED: Find more secession news at Secession.news)

At the direction of California Governor Jerry Brown, Calexit proxy forces are intimidating public officials connected to the State of Jefferson movement. Paul Preston’s embedded sources within the government believe that Calexit supporters within the governor’s office destroyed documents from State of Jefferson actions, which aimed to create a 51st state in Northern California. Those supporters were forced out from the shadows to submit the proposed ballot measure; because they feared federal investigators would nail them for the felonious destruction of federal documents.

Fox News became the first of the mainstream media to admit the Calexit movement existed. Their initial report said that one in three Californians would support secession from the US because they oppose Trump. Hodges believes the Fox News report used inaccurate polling because only a minuscule number of Californians had even heard about Calexit when the story broke.

Calexit’s founder is teamed up with anti-American forces. He is building a California Embassy in Moscow with support from the Kremlin supported Anti-Globalist Movement of Russia. A California departure would change the landscape of America and keep our enemies closer. Foreign interests have much to gain with Calexit and a breakup of the US. If successful, Calexit will have detrimental effects on the US economy and food supplies. (RELATED: Find more civil war news at Civilwar.news)