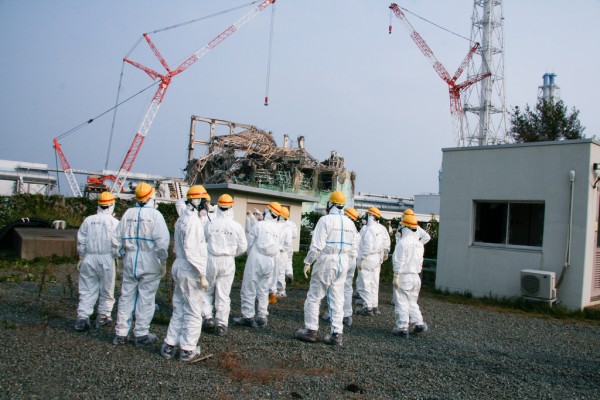 Japan’s Fukushima Daiichi nuclear power plant, first commissioned in 1971, was one of the 15 largest nuclear power stations in the world, until it sustained massive damage when Japan was hit first by a magnitude 9.0 earthquake, and then a massive tsunami, on March 11, 2011.

Close to 16,000 people died in the disaster, with another 160,000 losing their homes and employment.

Japan has been involved in an extensive clean-up campaign ever since.

Now, an alarming report by the Tokyo Electric Power Co. (TEPCO), the company that operated the plant before its triple meltdown, would seem to indicate that the clean-up process is going to be even longer and more difficult than ever imagined.

TEPCO recently recorded the radiation levels near the core of reactor 2 (reactors 1 and 3 have not yet been assessed) using a remote-controlled camera and special radiation measurement device. Immediately following the disaster, levels of 73 sieverts per hour were measured. The latest measurement, however, indicates that those levels have reached as high as 530 sieverts per hour. At this level of exposure, a person would die after even brief exposure and a robot would be destroyed after only two hours. Even exposure to 1 sievert an hour could lead to infertility, loss of hair, and cataracts, according to The Japan Times. Exposure to anything over 100 sieverts magnifies the risk of cancer.

Two very disturbing facts have arisen out of this latest measurement: 1) The camera detected a three-foot-wide hole in the metal grate of the reactor’s primary containment vessel; and 2) Scientists like Azby Brown of Safecast, believe that these readings don’t necessarily indicate that levels have risen substantially; this is simply the first time they could be measured accurately.

And the measurements might not be all that accurate anyway. Experts say that since the readings had to be taken at a distance, the levels could be as much as 10 times higher.

While Hiroshi Miyano, a nuclear expert and visiting professor at Hosei University, says the results are “not something new to worry about,” other scientists have called them “shocking.”

It is to be expected that the shocking findings will force Prime Minister Shinzo Abe and other Japanese proponents of nuclear power who have been pushing for the reactors to be restarted, to reconsider the way forward.

Though Japan is a long way away, these readings should be of concern to U.S. citizens too. For one thing, Pacific Ocean marine life has already been decimated by the disaster. For another, radiation may already have made its way onto our plates. (RELATED: See RadiationScience.com for more news about radiation and the environment.)

During the 2011 explosions, massive quantities of radioactive material spewed into the air, much of which later settled on the soil around the plant. It is entirely possible that food grown even quite a distance from the plant may have absorbed this radioactivity, and the soil in the area is likely still affected.

Countries importing food from Japan, including both the U.S. and U.K., rely on manufacturers to accurately label where in that country the food was grown. However, as previously reported by Natural News, the problem of mislabeled regions of origin on Japanese products seems to be rife.

All this once again reinforces the importance of supporting local farmers by buying locally produced, non-GMO, organic produce. Better yet, get some backyard chickens going and start your own organic garden. Even if you live in the tiniest apartment, all you need is a windowsill to grow your own healthy produce.

The problems at the Daiichi power plant are clearly far from over. Let’s hope authorities there get the situation properly under control soon, before the rest of the world is left dealing with the fallout.