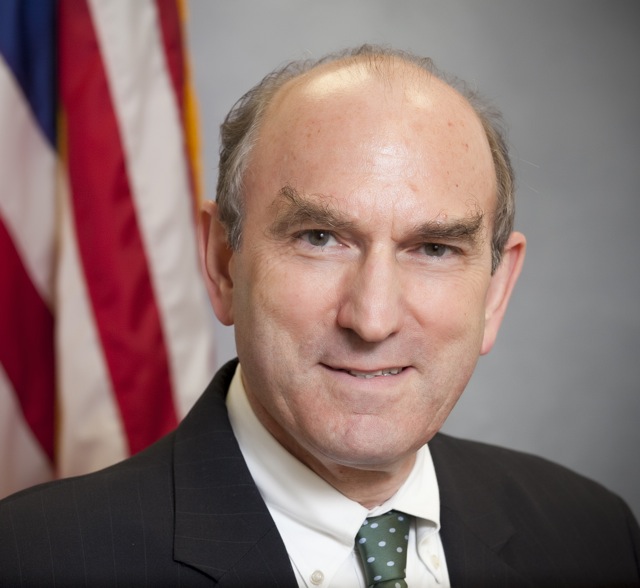 Reports over the weekend suggested that President Donald J. Trump has already had a dust-up with his newly installed secretary of state, Rex Tillerson, over the latter’s choice of a neo-conservative political operative with longstanding ties to the Republican establishment to be his No. 2.

And while many in the ‘mainstream’ media are attempting to portray Trump’s rejection of Elliot Abrams as the second man in charge at State over his public rebukes of the president during the campaign, there is likely much more to it than that.

Secretary of State Rex Tillerson has lost his first fight with the White House.

Former deputy national security adviser Elliott Abrams was set to be named the No. 2 official at the State Department, after receiving the blessing of the newly sworn-in secretary of state and joining him for an Oval Office meeting with President Trump.

But sometime after the Tuesday meeting, which mostly featured a foreign policy discussion between the president and his new secretary of state, Trump changed his mind and vetoed the appointment.

An anonymous source told the paper that Tillerson went back to discuss it with the president, but to no avail: Trump had made his decision. (RELATED: Stay current with everything the Trump administration is doing at Trump.news)

And it appears that Trump’s chief strategist, Steve Bannon, is likely the reason why Abrams got passed over: He doesn’t like or trust the guy.

Newsmax reported that throughout the campaign last year, Abrams – a senior fellow for Middle Eastern Studies at the Council on Foreign Relations – was a regular critic of Trump’s, questioning his overall fitness for office and proclaiming at one time that he could not vote for either Trump or his Democratic opponent, Hillary Clinton.

He’s not alone. Sen. Rand Paul, R-Ky., has also been vocal in his opposition of Abrams.

“I will not vote for him,” Paul, who has no love lost with the mainstream media, said. “I will be part of filibustering his nomination if he comes forward. The main reason is, I don’t think he agrees with the president on foreign policy.”

He added: “The president, even this morning was saying he disagrees with getting bogged down on foreign wars with nation building. That’s the foreign policy of Elliott Abrams, chief architect of the Iraq War and a big fan of nation building.”

Abrams, who was an assistant secretary of state during the Reagan administration, was convicted of a misdemeanor for withholding information from Congress in 1991 over the Iran-Contra affair.  He has deep ties to the establishment and, as Paul said, he and Trump would not see eye-to-eye on foreign policy.

Dr. Steve Pieczenik, a former deputy assistant secretary of state and an expert in psychological warfare, political psychology, regime change, intelligence, counterintelligence, and covert operations, agrees with Paul that the Trump administration should keep Abrams out of the U.S. government.

In an article posted to his website on Feb. 9, Pieczenik wrote that Elliot and other “neocons” were responsible for initiating “a 9/11 false flag and attack on our own people.” (RELATED: Find out what other attacks they’re planning for the American people at Collapse.news)

I have known Elliott for many years. I do not like him nor his family. They represent everything that I find fault with in terms of the disproportionate influence of the American Jew in American foreign policy. Their first loyalty is to Israel and not America! They are inveterate opportunistic liars who concoct imaginary scenarios of imminent danger—Iraq, Libya, Iran.

These “NeoCons” have argued for an attack on Iran along the same lines that they had falsely created a narrative about the non-existent dangers of Saddam Hussein.

Bannon apparently shares both Paul’s opinion of Abrams and Pieczenik’s – and Trump has obviously sided with them.

The president has enough plotters and schemers embedded deep within the governing establishment. He certainly doesn’t need someone else who will work to subvert his agenda and put the country into another never-ending “regime change” war in a faraway land.

Tillerson may not realize it yet, but the commander-in-chief may have just saved the both of them major headaches, along with thousands of lives and billions of dollars.