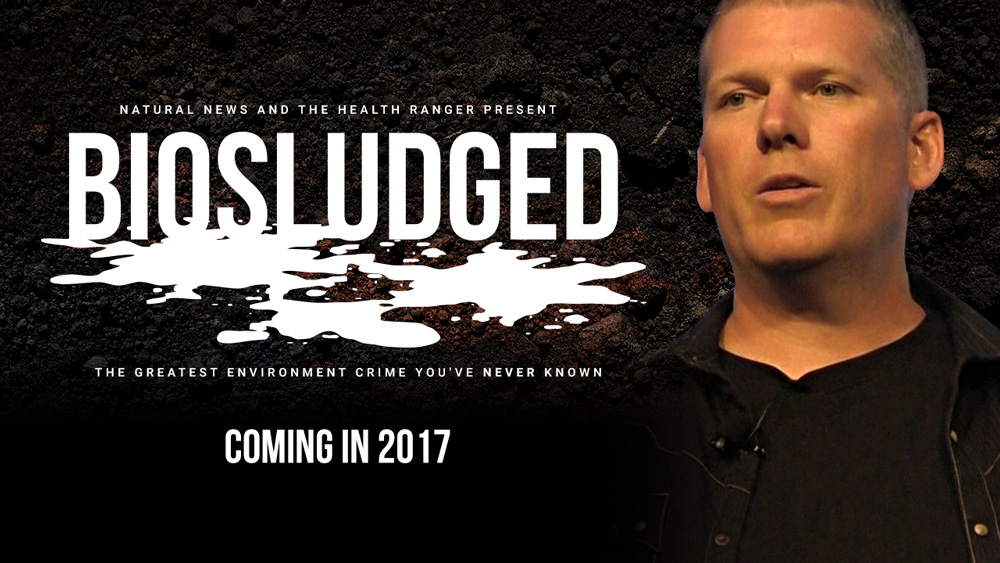 A senior-level microbiologist for the Environmental Protection Agency (EPA) was fired when he started to question the government’s policy regarding biosolids. Before he was terminated, David Lewis, Ph.D, published two articles in Nature that raised serious concerns about the EPA’s 503 sludge rule.

First off, what are biosolids?

Biosolids are a fancy form of sewage sludge that is really just human feces treated with chemicals and lime. The EPA asserts that sewage sludge from wastewater treatment plants can be properly treated and turned into “nutrient-rich organic materials.” The EPA supports policy that allows cities to send their processed sewage to farmers so it can be spread as free fertilizer on the fields. Even worse, the EPA’s 503 sludge rule only monitors nine of twenty-seven metals (As, Cd, Cu, Pb, Hg, Mo, Ni, Se, Zn) and turns a blind eye toward countless other fat soluble pollutants, pesticides, endocrine disrupting chemicals, and pharmacological compounds that are contained in the biosolids.

The EPA’s policy encourages cities to send the most polluted matrix to rural America, where it is essentially reused in the food supply and taken back into the human food chain. These pollutants are the exact substances that contribute to neurological disorders such as autism, ALS, Alzheimer’s, and Parkinson’s. (RELATED: For more news on the hazards of biosolids, visit Biosludge.news.)

Everything that is flushed and everything that is part of human feces is randomly being spread across the soil, over farms, forests, school playgrounds, and public parks. Nearly every active pharmacological compound, chemical, dye, cosmetic, endocrine disruptor, antibiotic, birth control, and heavy metal is being repackaged as fertilizer and spread across the countryside. Like a vicious cycle, human waste and all of its byproducts are returning to the dinner table. This is the greatest environmental and human health crime that the public must wake up to.(RELATED: For more news on the environment, visit Environ.News.)

Whistleblower David Lewis explains the problem in depth in his book, Science for Sale: How the US Government Uses Powerful Corporations and Leading Universities to Support Government Policies, Silence Top Scientists, Jeopardize Our Health, and Protect Corporate Profits.

Before the EPA, pollutants were discharged into rivers, where they diluted into the water ways. As the EPA emerged with the Clean Water and Clean Air Acts, the pollutants were restricted in the air and water. But, instead of re-mediating the problem, the EPA permitted the pollution to be diluted into the soil. The EPA contends that the toxic particles are safe when diluted in the soil (even at concentrations greater than in water and air).

In an interview with Mother Earth News, Dr. Lewis explains how the EPA promulgated their 503 sludge rule.

To create a body of “scientific” literature supporting the 503 sludge rule, EPA established a cooperative agreement with the Water Environment Federation, the wastewater industry’s largest trade association, to fund a National Biosolids Public Acceptance Campaign. Under that agreement, scientists at USDA-supported agricultural colleges were funded, while scientists who linked biosolids to adverse health effects were systematically blacklisted, even accused of research misconduct. To support the sludge rule, EPA and the USDA supported skewing, and even fabricating, the data.

Dr. Lewis says that soil is the one place on Earth that the EPA allows for unregulated pollution. He points out that the EPA could require cities to use new technologies that break the harmful pollutants down into simple inorganic compounds. Supercritical water gasification is one method. He advocates for a new Clean Soil Act that would hold polluters responsible and stop the bleeding of pollutants back into the land via biosolids.

An eye-opening new documentary exposing this massive environmental crimes is set to release in 2017. BioSludged, will be presented for free by  Mike Adams, director of CWC Labs and lead editor of NaturalNews.com. Adams warns that EPA policy on biosolids has unleashed a “devastating vector for bioterrorism against ourselves.”