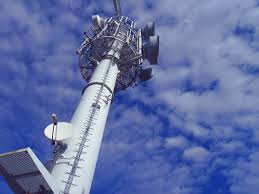 The scientific dictatorship marches on. And there’s no stopping it, according to Tom Wheeler, the former FCC Chairman under the Obama administration, who eagerly gave unction to a new spectrum of dangerous and potentially deadly frequencies under the moniker of the 5G network. His press conference in June 2016 stressed the billions of dollars to be made by building a massive infrastructure, as well as the overarching need for processing power to connect the Internet of things (IoT) to the cloud. He also proudly proclaimed that there is no need for research, tests, studies or any rules whatsoever with respect to these new electromagnetic frequencies (EMF) soon to cover our nation.

Wheeler’s 5G  announcement was made just weeks after published results of a $25 million study from the National Toxicology Program (NTP) that exposed rats to “carefully calibrated radio frequency (RF) radiation levels” intended to mimic the typical cell phone use of humans.  Scientific American reports that the NTP researchers discovered “some of the strongest evidence to date” linking chronic long-term exposure to smartphones and other wireless devices with “rare cancers in at least two cell types in the brains and hearts of rats.” (RELATED: Follow more news on EMF exposure at EMF.news)

The rats were exposed from in utero to two years of age, every day for about nine hours. Both types of cancers that developed — glioma, in the brain’s glial cells, and schwannoma, in the heart — have also been associated with human cell phone radiation exposure. You may recall the announcement concerning cell phones and cancer risks made in 2011 by the International Agency for Research on Cancer (IARC), a group organized under the auspices of the World Health Organization (WHO). Electromagnetichealth.org reports that in May 2011, the IARC “classified the RF frequency from cell phones as a Possible Human Carcinogen (Class B2). This announcement was the first time an international body provided “an official scientific basis  . . . [calling] for precautionary behavior regarding these radiation devices.”

Tom Wheeler’s presentation at the 5G announcement made no mention of the NTP study, or any prior IARC studies linking cell phones with cancer. In fact, Wheeler took steps to make sure these reports were not mentioned. As explained in the video put together by Josh del Sol, of  Takebackyourpower.net, Wheeler even used FCC thugs to forcibly suppress this critical data from being shared publicly.

As explained by Wired, Verizon and AT&T will be operating 5G trials in 2017, with global roll outs expected in 2020. The selling points are incredible speeds, reliability and “ultra high capacity,” which is needed as mankind walks blindly into the realms of  virtual reality, driverless cars, cashless systems and the Internet of Things (IoT) monitoring your every move in your nifty smart home appliances.

The blanketing of America with more cell towers, as Wakingtimes.com states, and “untested frequencies in the range of 28 gigahertz to 100 Ghz or more,” does not bode well for the health and well-being of individuals who are “already suffering with symptoms from EMF radiation from WIFI, smart phones, smart meters and newer vehicles.” Wearetheevidence.org advocates for individuals harmed by this pervasive technology. Personal injury testimonies, as well as documented research, indicate these ubiquitous frequencies not only can cause cancer or tumors, but they are also a factor in infertility, autism and ADHD and behavioral disorders. (RELATED: Read Glitch.news for more coverage of problems with electronic systems.)

Bugging out is one solution, but it may not be practical for everyone. But until you’re ready to part with your cell phone, here’s a few tips to protect yourself while you use it.