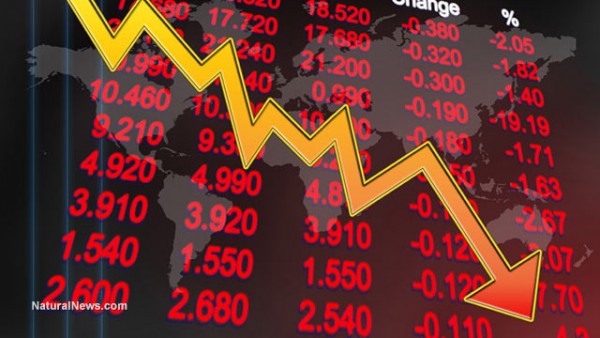 I’m on the record with an all-out warning that a horrific “financial apocalypse” is coming during President Trump’s first term (see my mini-documentary videos below). As a laboratory scientist, I’ve long had a natural gift for mathematics, and I can assure you that the mathematics of today’s global debt leverage fiasco point to a 100% certainty of a colossal “correction” in the very near future.

It is 100% known, in other words, that the Ponzi scheme of central banks, fiat currency and runaway global debt will come to a catastrophic end. The only unknowns are the exact nature and timing of the “tipping point” event that will push it over the edge. No one can accurately predict that timing, but geopolitical forces increasingly point to a high likelihood of it cratering during Donald Trump’s first term as President.

Why I listen to Michael Pento, James Rickards and Gerald Celente

To stay informed on these issues, I make a point to read books and listen to interviews by intelligent, informed financial analysts who also have the backbone to speak out against the (insanely stupid) status quo.

Three of those informed, gutsy financial analysts are Michael Pento, James Rickards and Gerald Celente (I also listen to Charles Nenner, Gregory Mannarino and John Williams, too, among others).

In my opinion, if you’re not staying up to date on these three brilliant financial analysts, you’re not really prepared for the financial collapse that’s coming. (Stay informed at COLLAPSE.news) While critics might say these people are always “preaching doom and gloom,” that’s only because financial doom has genuinely been on the verge of being triggered for many years now. Incompetence, greed and stupidity are coalescing toward a catastrophic collapse, and it’s the status quo propaganda pushers claiming “everything is awesome!” who are going to get burned the worst.

Check out the video interviews below to hear each of these three analysts explaining what they see unfolding in 2017 and beyond.

I also want to give a shout out to Greg Hunter at USAwatchdog.com, who continues to prove himself as one of the most honest, reliable and high-integrity independent journalists on the ‘net. (I’ve told my programmers to add USAwatchdog.com to Censored.news so you can follow his headlines as they’re released.)

Author of The Coming Bond Market Collapse. Heed his warnings or you might lose most of your savings:

A brilliant financial analyst who is extremely well versed in the risk exposures of derivatives. He was part of LTCM during the 1997 near-collapse of the global debt Ponzi scheme. Rickards is highly technical, and he’s my favorite economic number cruncher. Check out his book and audio book: The Road to Ruin: The Global Elites’ Secret Plan for the Next Financial Crisis.

Needs no introduction. Celente is a classy, intelligent, ballsy New Yorker who I consider to be a national treasure of financial wisdom and wit. (Celente is also a cunning linguist as you’ll hear in his hilarious mockery of the status quo.)

I’ve also published another mini-documentary on how Donald Trump is being set up to be the scapegoat for the planned, engineered global financial collapse: