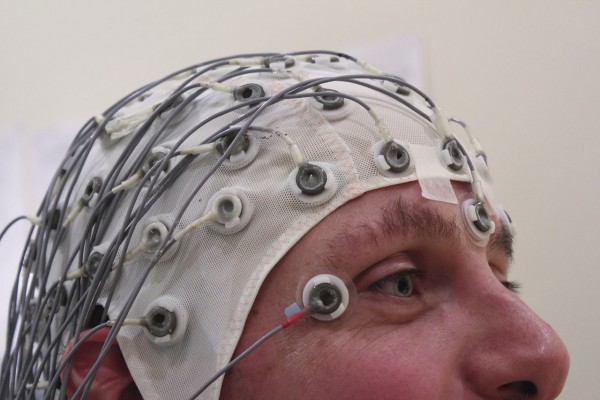 Communication – the ability to convey and share our feelings, thoughts, and intentions with others – is something that most of us take for granted. It is this ability to express ourselves that makes us who we are. There are many people who have tragically and permanently lost this ability, but an exciting new study is finally offering them hope.

Complete locked-in syndrome can be the result of many different diseases or accidents, but involves some type of lesion to the brain stem. It leaves the patient completely paralyzed, totally unable to move or communicate in any way. With even the muscles of the eyelids affected, the patient cannot even blink to respond to questions.

In the past, scientists have attempted to communicate with these patients via brain-computer interfaces based on neuroelectrical technology, but have not been successful.

Researchers in a new clinical trial, published in the journal PLOS Biology, January 31st, decided to use a brain-computer interface (BCI) based on near-infrared spectroscopy and electroencephalography (EEG) to try to communicate with four test patients suffering from amyotrophic lateral sclerosis, known as ALS.

ALS, also known as Lou Gehrig’s disease, is a condition in which the disease attacks the nerve cells, or neurons, which control voluntary muscles. It is part of a group of conditions called motor neuron diseases, wherein motor neurons gradually degenerate and eventually die. Motor neurons are nerve cells in the brain, brain stem, and spinal cord, which is why their death eventually leads to complete paralysis.

The type of BCI used in the study reads the blood oxygen levels of the brain and deciphers the thoughts of patients, thereby enabling them to communicate.

Researchers established a pattern for the BCI to establish a baseline by asking the patients lots of questions with known answers (like, “Your husband’s name is Joe?”), and then several open-ended questions that researchers did not know the answers to, and which required a “yes” or “no” response (like “Do you feel sad?”).

“The machine records the blood flow… and calculates how (it) changes during ‘yes’ and during ‘no’, and the computer develops an idea, a pattern,” said Niels Birbaumer, a co-author of the study and neuroscientist at Switzerland’s Wyss Center for Bio and Neuroengineering. “And after a while, we know what the patient is thinking, when he thinks ‘yes’, or when he thinks ‘no’, and from that we calculate the answer.”

One of the most interesting, and indeed touching, discoveries of the study was the fact that when asked the question, “Are you happy?” all four patients consistently answered, “Yes,” even after being asked the question repeatedly over many weeks.

John Donoghue, director of the Wyss Center where the study was performed, welcomed the results as a crucial first step in helping completely locked-in patients to regain movement.

The team hopes to build on the results of the study and eventually one day offer this technology to all people stuck in a locked-in state.

“These results are, potentially, the first step towards abolition of completely locked-in states, at least for patients with ALS,” the researchers said in their author summary.