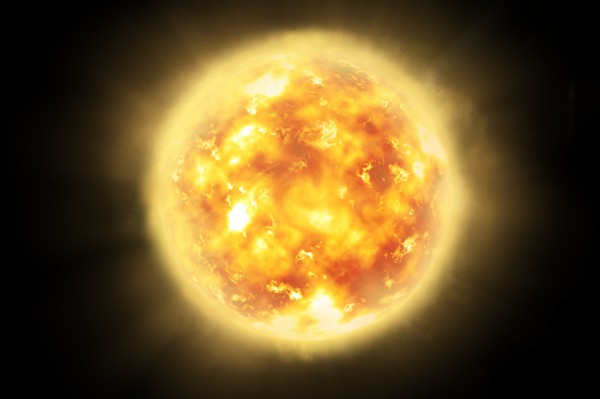 The mainstream media pundits prefer to pen fraudulent, divisive memes about protests on the earth rather than addressing the growing potential for life-threatening events emanating from the heavens. Although the world’s population depends on the light, energy and heat from our massive fire star that synchronizes night and day, few grasp the mechanics thereof.

Space.com reports that the sun’s core is a 27 million degree Fahrenheit ball of nuclear fusion, where hydrogen atoms are “compressed and fuse together, creating helium.” These charged particles turn into gas and plasma with “gamma rays and photons” that are then carried – after millions of years – into the sun’s “radiative zone.” The forces of convection then bring this massive energy up through the sun’s surface and eventually to the sun’s outer layers, known as the corona and chromosphere. It is from this layer that solar storms, also known as Coronal Mass Ejections (CME) take place.

History.com reports that the Carrington event, a powerful 1859 solar storm named after astronomer Richard Carrington, had the energy of 10 billion atomic bombs. This event is the largest CME on record. Damage was minimal because it occurred during a time where the humble telegraph was considered a top tier technology. The Carrington event caused “streams of fire” to pour through wires and combust telegraph paper. A post-CME world in today’s age of technological connectivity could be catastrophic.

Phys.org states that not only energy grids, air travel and communication satellites could be destroyed, but that there are additional dangers, like “powerful bursts of electromagnetic radiation, energetic charged particles and magnetized plasma [with] the potential to corrode water and sewer pipelines.” Vocativ.com postulates that if a massive solar storm with the power of the Carrington event happened in today’s technological paradigm, the economic damage could be $2 trillion. A CME with a smaller footprint, depending on where it hits the United States, could create business and infrastructure damage losses reaching up to $50 billion a day. 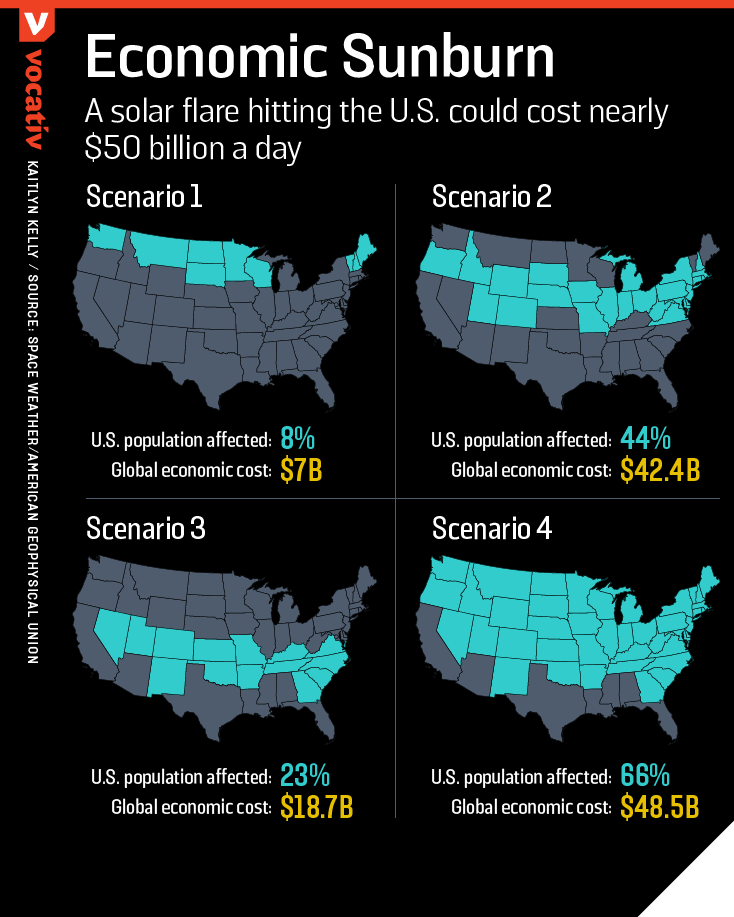 The potential for a massive solar storm is getting greater, says Ben Davidson, a dedicated space weather researcher and the founder of SuspiciousObservers.com, a growing community of serious sky and sun watchers. In fact, Davidson considers a CME as the number one threat to the earth today. (RELATED: Find other space related stories in Space.news)

As Davidson explains, there is a symbiotic relationship between the strength of the earth’s magnetic field and the ability of a CME to damage the earth. And because the magnetic protective shield has been weakening, our planet is losing some of its defense against dangerous cosmic radiation. The earth’s current pole shift is also contributing to a loss in the magnetic field’s strength. Berkeley.news states that a pole reversal can “wreak havoc with our electrical grid, generating currents that might take it down.” Nor does a 180 degree magnetic pole reversal have to take thousands of years. In fact, the “final flip” may happen in less than 100 years.

There’s little doubt that just about anything is possible as our planet navigates pole shifts, a weakened electromagnetic shield and the increased potential of a life altering CME. Factoring in the potential loss of human life in the event of a long term grid down event, the $2 trillion price tag may seem like a pittance, if and when another Carrington event pummels the earth.

We can’t control the weather, but we can do our best to prepare to survive. Long term food storage and a water purifying system would be a good place to start.