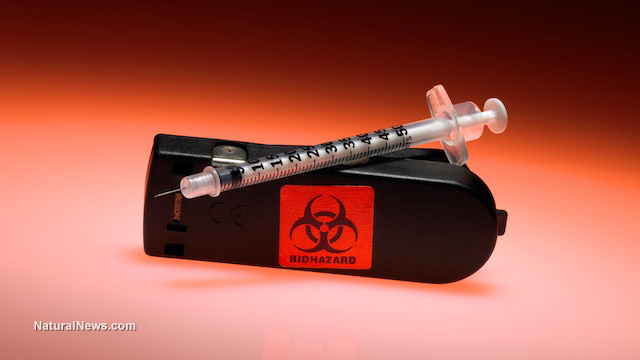 An African American religious leader has likened the use of vaccines on black children to the infamous Tuskegee experiment.

The Tuskegee Syphilis Study was initiated in 1932, in order to record the progression of untreated syphilis. Six hundred mostly illiterate black men (399 of them with syphilis) were recruited and were told they would receive treatment for “bad blood,” a local term used to describe a variety of health problems including syphilis. Half the men with syphilis were not given any treatment at all.

Initially slated for 6 months, the study continued for 40 years and was only halted after the Associated Press revealed what had been going on. An independent commission found that the researchers had not obtained informed consent from participants, that the men had not been told that they had syphilis or what the purpose of the study was and that when penicillin became available as an effective treatment in 1947 it was never offered to study participants. Participants were never offered a chance to withdraw from the study.

“Now we have to ask ourselves as a community, could it be that it’s happening to us again,” said Reverend Tony Muhammad, of the Nation of Islam (NOI).

Muhammad spoke at a press conference organized by the World Mercury Project, a group that advocates for a global ban on mercury use. At the same conference, the organization’s chairman, Robert F. Kennedy, Jr., offered $100,000 to anyone who can supply a peer-reviewed scientific study showing that mercury in vaccines is safe.

Muhammad referenced testimony from Centers for Disease Control and Prevention (CDC) senior scientist William Thompson, who in 2014 admitted that at the behest of the CDC he had removed data from a 2004 study that would have shown a link between the MMR vaccine and autism. Specifically, the omitted data showed a 340 percent higher autism risk among black boys who received the vaccine before the age of 3 years.

The MMR vaccine studied by Thompson does not contain the mercury-containing preservative thimerosal that was the focus of the press conference. But the minister raised concerns that Thompson’s study and other research indicate that in general, “black boys are disproportionately more affected by vaccines when it comes to autism.”

Muhammad also noted that in the 1960s, NOI leader Elijah Muhammad warned his followers to avoid the polio vaccine, but not other vaccines. Thirty years later, the CDC admitted that the polio vaccine had contained simian virus 40, which Muhammad said led to 95 million cases of cancer in the United States.

At the behest of NOI leader Louis Farrakhan, Muhammad has spoken in 30 urban cities as part of a tour showing the documentary Vaxxed. He spoke of one experience where a black woman in the audience actually fainted during the film, and when she woke she sobbed and said that she had always believed that her son’s autism was caused by vaccines. But her doctors had convinced her that there was “something wrong with her genetically,” so she had elected to have a hysterectomy.

The story hearkens to the long US history of asserting that black people are genetically inferior and acting on that belief with measures to encourage or impose sterilization.

The minister closed his remarks with a challenge to Congress: if vaccines are so safe, why did Congress pass a law making it impossible to sue vaccine manufacturers for harm caused by their products?

At the same press conference, Kennedy raised concerns that black and poor children are still likely being dosed with thimerosal from flu shots at higher rates than the general population.

“It is the black neighborhoods that are getting the thimerosal vaccines,” Kennedy said. “And it appears to be that African-Americans are much more susceptible to vaccine injury than other Americans.”

He noted that thimerosal tends to be found in the cheapest vaccines, which are the kind given at publicly funded clinics.

Mike Adams, the Health Ranger, recently challenged anyone who defends the safety of thimerosal to drink a liter of mercury, to “prove to the world it’s safe to inject into children.”