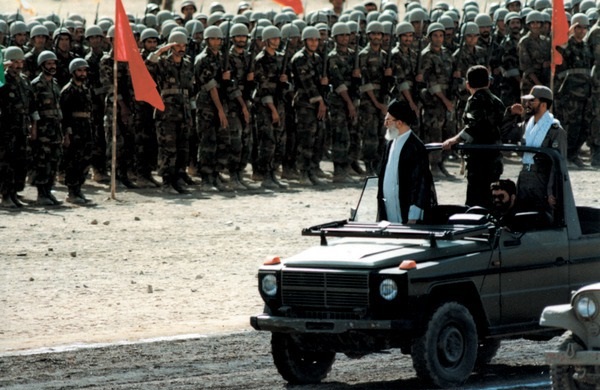 TEL AVIV – A top general in Iran’s Revolutionary Guards over the weekend warned the U.S. to “be wise” and “avoid threats” against the Islamic republic.

(Article by Deborah Danan from Breitbart.com)

“The U.S. statesmen should be very wise and avoid threatening Iran, because the entire world has admitted this fact that the Americans cannot do such a thing,” said Brigadier General Mohammad Pakpour, chief of the IRGC’s ground forces, according to the semi-official Fars news agency.  Pakpour was referring to alleged threats of “military aggression” against Iran, Fars reported.

“Hence, they are unlikely to do such a move because it is unwise,” he added.

The IRGC’s deputy commander for political affairs, Rasul Sanayee Rad, echoed Pakpour’s comments, saying on Iranian state TV on Friday that, “today we are enjoying deterrence, meaning that we have dissuaded the enemy from attack.”

National Security Adviser Mike Flynn warned that he was “putting Iran on notice” following the tests and President Donald Trump vowed that “nothing is off the table” if the Islamic Republic refused to toe the line.

Ignoring U.S. warnings, Pakpour also said Saturday that the Revolutionary Guards would go ahead with its plans to launch military drills next week that would include rockets.

Vice President Mike Pence on Saturday told an international security conference in Munich that Tehran was “the leading state sponsor of terrorism.”

“Thanks to the end of nuclear-related sanctions under the [deal], Iran now has additional resources to devote to these efforts,” Pence said.

“Let me be clear again: Under President Trump the United States will remain fully committed to ensuring that Iran never obtains a nuclear weapon capable of threatening our countries, our allies in the region, especially Israel,” the vice president added.