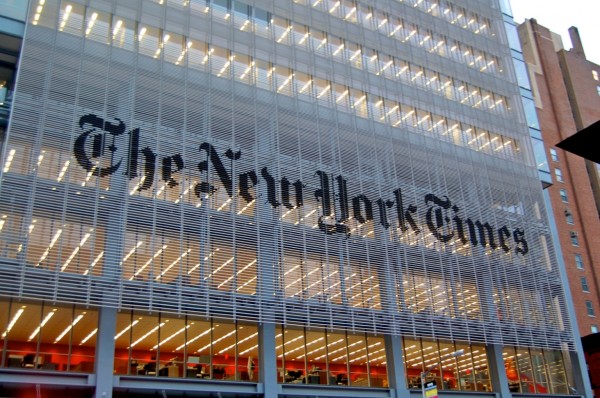 One of the reasons why the Alt-Left has waged an all-out war against independent media is because we don’t kowtow to special interests or fall for the narrative of the day spoon-fed to the country by the discredited establishment press. As such, our readership has been increasing, and that means our influence is spreading.

The indy media’s power of persuasion and reputation for honesty was on full display during the last presidential election cycle. The establishment press was unable to push Hillary Clinton across the finish line because no matter how hard they tried, they didn’t have enough mojo to pull it off.

At the same time, the Washington Beltway media did everything it could to dismiss, downplay and delegitimize GOP nominee Donald J. Trump, who managed to capture an astounding number of electoral votes including states that have voted blue for the past two decades.

Both of these developments have now put much of the old media order into a death spiral, though they don’t plan to go without a fight. The Alt-Left media establishment and its political allies are going all-out to destroy their competition – us – though it may be too late, given the latest data on the mainstream media’s viewership and subscriber base.

Though legacy papers like The New York Times and the Washington Post have claimed recently that they’re actually growing, several pieces of data suggest that’s not at all the case. For his part, Trump has called the Times a “failing” publication and based on some new statistics, once again it is the president, not his detractors, who is spot-on.

We already knew that the Times was vacating eight entire floors in its iconic New York office building, ostensibly to ‘generate rental income’ and ‘consolidate’ operations. Now, as reported by The Gateway Pundit, Trump’s characterization has been proven accurate. The Times’ financial data for 2016 show substantially fewer earnings in net income for the 4th quarter from the previous year.

During the final quarter of 2016, the Times earned $37 million, but that’s down from $52 million in the final quarter of 2015, for an overall 28 percent decline. Annually, the Times netted $29 million, down from $63 million in 2015, or a decrease of 54 percent. The management is blaming the poor showing on a “pension settlement charge, lower print advertising revenues and higher costs.”

In all, the Times’ value has fallen as well. Though the paper reported a surge in digital subscribers to its highest-ever level of 276,000, the current business model is no sustainable. As The Gateway Pundit noted further:

The NYT has many problems. This liberal dinosaur employs roughly 3,500 down from 5,200 in 2012 and while the majority of companies in the US are watching their stocks reach new all time highs under the Trump Stock Market rally, the NYT’s stock price is at $15 down from nearly $52 per share in 2002.

But despite the fact that it is sinking, the liberal editors and managers at the Times are doubling down on their ideology, even running a paid Twitter ad featuring a story critical of the fact that The Gateway Pundit has been granted press credentials to cover the White House.

There’s more. Both the Times and the Post are claiming increased readership online, but their figures are very likely being doctored. Zero Hedge reported earlier this month that a strange thing happened around the beginning of the year: Both papers’ readers from China grew dramatically.

Though subscriber numbers are allegedly higher, web traffic for both did not really pick up much until about mid-December – for the Post, the Times and another Left-wing rag, The Guardian, based in the UK. (RELATED: Beyond fake news… How Google just became FAKE SEARCH by blacklisting independent journalism)

Here’s where it gets even more interesting. The Time itself reported in 2012 that the Chinese government blocked access to the paper. And while the Post and Guardian are not blocked, suddenly traffic from China went from minuscule to 58.9 percent and 57 percent, respectively, of their overall monthly traffic. So that leads one to believe that all three papers are buying clicks from China, thereby artificially inflating their numbers (probably for the sake of boosting ad revenue).

What’s clear is that the establishment media has moved so far to the Left, driven in part by its love for Obama and hatred of Trump, that most outlets have lost the majority of the country. They will always have subscribers and followers and readers, but obviously not enough to sustain business models and retain their market dominance.

Which, again, helps explain the current war on the independent media.