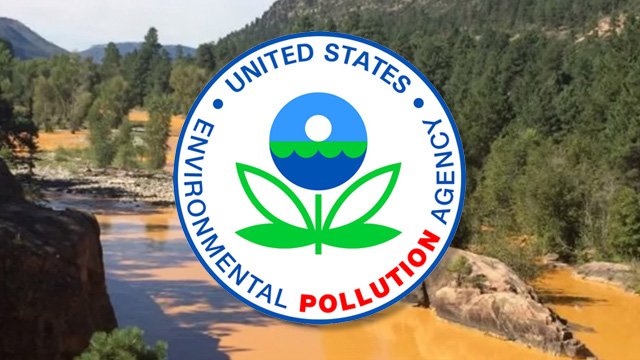 For more than two decades, the EPA has managed to cover up the deadly truth about biosolids, but with the release of “Biosludged” – a documentary exposing the hazards of using treated sewage as fertilizer and the EPA’s tactics of silencing anyone who attempts to get the truth to the public – the agency will have a very difficult task of explaining their way out of this one.

It’s a story so monumental and far-reaching in its implications that there is simply no one better suited to bring the story to the American people than Health Ranger Mike Adams, who produced the film and is preparing its release for later this year.

The documentary blows the lid off the more-than-two-decade whitewash and cover-up scheme launched by the EPA, which destroyed the career of agency Dr. David Lewis, a former senior-level research microbiologist at EPA-ORD, and which continues to put the health of millions of Americans at great risk.

“Biosludged” explores the history of the EPA’s biosolid scheme, which was approved in 1993 and allows the use of biosolid sludge to be spread on farms, gardens, playgrounds, forests and parks – even though this sewage sludge contains heavy metal and a wide range of other toxins.

Yes, that’s right – under the EPA’s “503 rule,” everything you flush down your toilet effectively ends up back on your dinner plate, along with all the other toxins dumped by industry and other sources that end up in our wastewater treatment systems.

This unappetizing state of affairs would seem to be the very definition of a “vicious cycle,” and it would seem rather obvious to most rationally-minded people that such a practice might not only be disgusting to contemplate but also unhealthy to partake in.

But the EPA, ever the friend of industry and special interest groups, managed to fabricate enough fake scientific evidence supporting the claim that biosolids pose no threat to human health that the agency was able to launch the scheme and keep it going for nearly 25 years, with very little public awareness or attention from the media.

You might wonder exactly how the EPA managed to pull that off, and it’s a question that lies at the heart of Health Ranger Adams’ explosive new film.

The EPA fooled the American public by engaging in a campaign of lies, disinformation, fake science and the persecution of whistleblower Dr. David Lewis, who was terminated and accused of “scientific misconduct” after he published evidence showing that biosludge was actually killing people.

As described by Independent Science News, the EPA launched:

“…an unprecedented and coordinated multi-agency scientific scheme…intended to misleadingly present sewage sludge as scientifically safe, to hide the evidence that it was not, to deliberately misreport the contents of municipal sludges, and smear David Lewis with a scientific misconduct charge after he blew the whistle.”

Dr. Lewis has published his account of the EPA’s criminal behavior in “Science for Sale: How the US Government Uses Powerful Corporations and Leading Universities to Support Government Policies, Silence Top Scientists, Jeopardize Our Health, and Protect Corporate Profits.”

The “Biosludged” documentary ties all of the threads together – from Dr. Lewis’s story and the EPA’s lies to the specific dangers of the biosludge toxins that your family may unwittingly be consuming on a daily basis.

And considering the fact that biosolid projects are currently underway in all 50 states, it’s about time the public should be informed about the true nature of these programs and the serious danger they represent.

“Biosludged” will be released in 2017 and will be made available for free viewing as part of the Health Ranger’s “Censored Science” documentary series. Stay tuned for more information on the release date of this groundbreaking and vitally important new film.