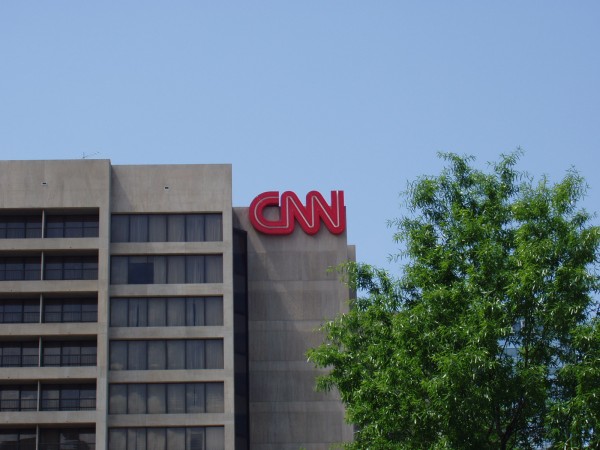 The mainstream media is no longer an entity that consists of journalists and fact-checkers; those days are long gone. Today, much of the media resembles an anti-conservative task force, whose goal is to destroy conservative opposition (and really anyone who isn’t a far left progressive) at all costs. To do this, they think nothing of lying, deceiving, and twisting the truth to advance their narrative, which most recently has been “Donald Trump is the worst president in the history of the universe.”

Many criticize Donald Trump for being so harsh with the media. Some even argue, falsely, that his anti-media attitude is against the First Amendment of the Constitution, which among other things, talks about the freedom of the press. One can hardly blame the President for acting the way he does. If the media has as its purpose not to promote the facts to the American people, but rather to present news as they see fit, then they should have to deal with the consequences. As President Trump said just two weeks ago, “The press has become so dishonest that if we don’t talk about it, we are doing a tremendous disservice to the American people.”

Project Veritas, according to their website, is an organization meant to “investigate and expose corruption, dishonest, self-dealing, waste, fraud, and other misconduct in both public and private institutions in order to achieve a more ethical and transparent society.” Recently, Project Veritas, under the leadership of founder James O’Keefe, has released over eight hours of undercover audio from the CNN headquarters in Atlanta, Georgia.

In the recordings, it is revealed that CNN allegedly uses an obscure and faulty method to collect polling data. The details are explained in the YouTube video below:

Allegedly, CNN uses selective polling to alter reality so that it fits their agenda. If, for example, they are asking Americans whether or not they approve of Donald Trump’s position on transgender bathrooms, and the polling goes on for seven days, they will use the period of time that accommodates their agenda the most. If the first three days of polling shows that 60% of Americans don’t support Trump’s transgender bathroom policies, but the full seven says show that only 40% approve, CNN will only use the data from the first three days. (RELATED: Natural News announces an economic boycott of CNN).

As you can imagine, CNN can use this method to essentially have any poll on any issue come out in their favor. There is no telling how long the cable news network has been doing this, but it’s fair to assume that this has been going on for a while.

Take, for example, the polls that were coming out virtually every week throughout the presidential campaigns. CNN, MSNBC, ABC and other liberal networks were all reporting that Hillary was going to win in a landslide, and they were predicting this all the way up until the final house of election night. (RELATED: Did CNN encourage the assassination of Donald Trump just days before Inauguration Day?) Then, as we all know, Donald Trump ended up winning in a significant electoral victory, sending the mainstream media into a tailspin of confusion and denial.

If nothing else, this demonstrates one of two things – either there is a severe disconnect between the mainstream media and the American people, or the media is so entrenched in liberalism that they focus less on informing the people and more on controlling the narrative. Either way, it is undeniable that the media is not doing its job. Truth, integrity, and facts have been replaced by lies, propaganda, and liberalism. Considering all of this, and considering the impact the mainstream media has on modern day politics, is it really any wonder why millions of Americans buy into the progressive agenda?