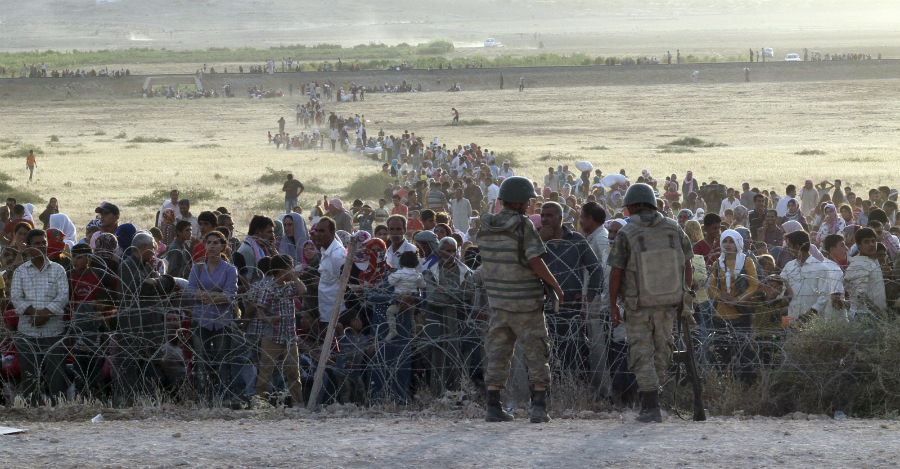 Taking in refugees from beleaguered and war-torn Middle Eastern countries like Syria might seem like the compassionate and right thing to do — until you realize just how much it’s costing our country. A new cost estimate using the same methodology as a similar study from the non-partisan Center for Immigration Studies (CIS) reveals that it will cost taxpayers a total of more than $4.1 billion in 2017 to pay for the 519,018 refugees who have been resettled into the U.S. by the federal government since October 2009.

The estimate comes from Breitbart News, and it matches the figures from a November 2015 study by CIS which found that each refugee from the Middle East costs U.S. taxpayers $64,370 over the course of five years of them living within American borders. According to the United Nations, this is 12 times the amount it would cost if these refugees were instead resettled to nearby countries in the Middle East such as Israel and Saudi Arabia.

To put this all in perspective, $4.1 billion is enough to buy 10,677 new homes at the current national average of $384,000 — homes that could be given to, you know, our own citizens in need rather than foreign nationals. Similarly, $4.1 billion is enough to purchase 170,124 brand new cars averaging $24,100 each, or roughly the cost of a brand new 2017 Chevrolet Malibu sedan.

Mind you, this is just the amount that American taxpayers will spend on resettled refugees just in 2017. In 2018, you can add another $3.5 billion to that tab, another $2 billion in 2019, another $3 billion in 2020, and so on and so forth through at least 2022, and very likely well beyond this. Just the $4.1 billion in 2017 represents some eight percent of the total annual fiscal impact of first-generation immigrants to the U.S., as well as their dependents, according to a September 2016 report by the National Academies of Sciences, Engineering, and Medicine.

“For the 2011-2013 period, the net cost to state and local budgets of first generation adults [who have immigrated to the United States] is, on average, about $1,600 each,” the report explains.

At the very same time, the native-born population increased by only 20 percent, a figure drastically lower. This means that, at the current rate, native-born Americans will soon become the minority as they become outnumbered by all the immigrants and refugees being shipped in by the Feds and resettled within our communities.

The vast majority — some 95 percent — of refugees who stay in the U.S. for one year or less are on food stamps. The overall percentage of refugees on food stamps who live within U.S. borders for more than five years is about 60 percent, or roughly four times the national average. So while many Americans suffer through hard times, some even losing their homes, foreign refugees are being cared for on the taxpayer dime, and at a disproportionately higher rate than native-born Americans.

“The CIS study focused on cost estimates for refugees arriving from ten Middle Eastern countries derived from the 2013 Annual Survey of Refugees contained in the Office of Refugee Resettlement’s Annual Report to Congress FY 2013 published by the U.S. Department of Health and Human Services, Administration for Children and Families,” Breitbart explains.