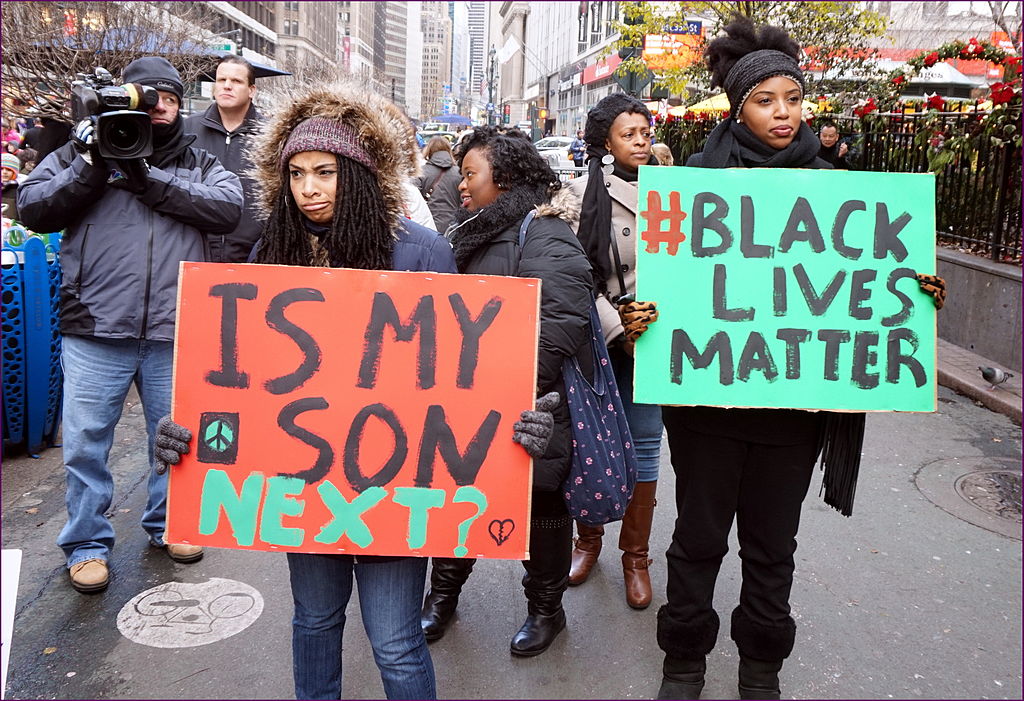 When someone who is truly impartial writes the history of the United States, it will be obvious to them – and to those who read the history – that the destructive force that decimated our society was Marxist liberalism, which is vanquishing entire generations with a Leftist construct known as “political correctness.”

And nowhere is this generational destruction having its greatest effect than on the minds of young Americans – in primary schools and on college campuses, the latter of which saw the Marxist Left first begin to gain a massive foothold in the (communist-inspired) “unrest” of the 1960s. (RELATED: UNHINGED: Left-wing bullies pressuring Breitbart’s e-commerce provider to take down their online store)

One of the latest idiocies is the creation of a false narrative known as “white privilege,” which infers that white Americans have built and still maintain a society that favors only them, providing special treatment to them alone while allowing them to remain permanently racist, self-serving, homophobic and now, in the age of Trump, “nationalist.”

Never mind the obvious hypocrisies of transgendered and homosexual whites, the fact that minorities by law receive out-sized consideration for jobs and college entrance, and that – in addition to the Constitution’s language of equality – mostly white Americans have fought a war to ensure equality for all and passed constitutional amendments and civil rights legislation strengthening that constitutionally guaranteed equality.

And still Left-wing Marxist academics, with much assistance from minority “civil rights” groups, have succeeded in convincing far too many white people that they ought to be sorry for…something…just because they were born Caucasian.

In this pathetic, whiny, self-centered screed for the Daily Pennsylvanian, the official newspaper of the University of Pennsylvania, a black sophomore named James Fisher, who actually claimed he was mentally traumatized by three white professors because they refused to acknowledge their ‘privilege.’

“Last semester was honestly the worst semester I’ve had at Penn so far. And all because of one thing: the white professors I’ve had at Penn. It appears that the term “privilege” does not apply to them. Nor do they care to learn what it is,” he wrote in a column published in mid-January.

“Imagine being a black student on Penn’s campus with even one of these types of professors. I had three. And each one of those professors either did not care to learn about their white privilege, or lied to me and said that they did.”

He went on to vent his outrage at President Trump’s victory and the fact that one professor went so far as to show “images of slaves on a plantation” and then – egad! – allowed students “to say ignorant comments in class.”

Fisher then complained about the professor’s reasoning: He was trying to create a “safe space” in his classroom by allowing all students an equal voice. Well, that really set Fisher off:

This is where the problem arose for me. This is the same argument that #AllLivesMatter people use. They argue that everyone should be equal and that no life is more important than another, not recognizing that since we live in a society that does not value black lives, we cannot assume that everyone is on the same playing field.

That is the epitome of privilege: assuming that everyone had the same comfortable life that you did.

He then went on to claim he was so traumatized by all of this he had to skip one professor’s class for a month.

Right here is the “epitome” of the real problem: Young black men like Fisher have been conditioned to be so angry about a social construct that does not exist. (RELATED: An open letter to America’s college cupcakes on Veterans Day)

The Black Lives Matter movement arose from the mistaken belief that American society really doesn’t value black lives. That’s preposterous, but when you are faced with someone who has been conditioned to believe it or wants to believe it for any number of reasons – personal failures, inability to better prepare for life, jealousy, problems of self-worth – there is no way to convince them otherwise.

Part of the problem lies with so-called “black leaders” who find racism under every stone and who exploit, for personal gain, every single race-related incident to “prove” that “racism still exists.” See? See? See how that white cop shot down that unarmed black man? Never mind that he outweighed the white cop by 100 pounds and was going for the officer’s gun.

Fisher is angry for all the wrong reasons. And frankly, there is no way he’ll learn that except on his own, if ever. That there are millions of people just like him does not bode well for our future.