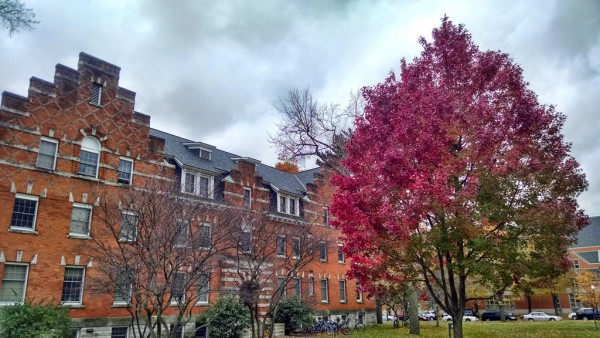 The absurdity of the liberal Alt-Left knows no bounds, but the really confusing part is why so many rational people continue to put up with it.

Over the past year, we’ve had to endure brainwashed Leftist student snowflakes demanding “safe spaces” on campuses as protection against pretty much anything that offends them – President Donald Trump, conservatives and the GOP agenda chief among those things, but also anyone who doesn’t believe all minorities are perpetual victims, that chimps and African game animals really aren’t more important than aborting human babies, and that Elvis is actually still alive and living secretly in a convent in Memphis.

Now comes the latest asinine development: Officials at Marshall University in West Virginia actually held training for its employees about “heterosexual privilege” Feb. 21, “as part of the school’s Safe Space training for faculty and staff,” reported The New American.

Now, in addition to whites having some sort of inherent “privilege” that no one seems capable of legitimately identifying, straight people are also guilty of claiming a privilege that gays, lesbians, transgendered individuals and people claiming to be farm animals don’t have.

Still think the Marxist political and academic Left behind all of this craziness isn’t directly assaulting traditional American values? If you do, I’ve got a dacha near Moscow to sell you complete with the equipment Russian intelligence used to “hack the November elections.” (RELATED: Why the Russian hack election conspiracy is complete political buffoonery)

“Our society is geared toward traditional heterosexual roles and relationships, and as a result there are certain privileges that heterosexuals in traditional relationships are afforded that they may take for granted that others in the LGBTQ community may not have,” Morgan Conley, a mental health specialist for the university, told Heat Street. [Emphasis added]

Yes Morgan, our society – and every other one on the planet – is geared towards heterosexual roles and relationships because 96 percent of the country is heterosexual. And thank goodness, because were the opposite true we would have bred ourselves out of existence thousands of years ago.

Also, you’ll notice again that these “privileges” are not defined; some Left-wing kook just decides that privilege exists and voila, it does, so now we must acknowledge it and deal with it.

For another thing, there has never been a more liberal time for gays, lesbians and transgendered people in the history of the planet. While many people still can’t accept such relationships – for religious or personal reasons – gay/lesbian/transgender individuals enjoy more protections today than at any other time in the past; that’s just true. Trump’s executive order last week undermining the Obama administration’s attempt to force local schools to allow students with one set of plumbing to use bathrooms and locker rooms assigned to those with a different set of plumbing, was not a “rollback of protections;” it was an acknowledgement that local school boards should be deciding such things, not Washington bureaucrats. (RELATED: Anger of left-wing federal bureaucrats makes it an easy choice for Trump to eliminate incompetence and waste)

And along those lines, at what point do gay, lesbian and transgender minorities get to make the rules for the other 96 percent of the population? Should Americans, through elections and other democratic means, be permitted to govern themselves, according to the will of a majority (without being able to strip equal protections under the law from anyone)? Or should they have alternative viewpoints and lifestyles imposed on them by people who have complained about that very thing for decades?

Equality means that everyone should be treated the same and have the same opportunities, but we’re past the point of that here. Gays, lesbians and transgendered people don’t just want “equality,” they want special consideration and special treatment, which is all that courses like this are designed to deliver. It’s obscene and it’s inappropriate.

If privately funded institutions of higher learning want to force employees and students to endure this kind of nonsense, fine, but taxpayers who disagree – and they are legion – should not have to.

The destruction of American higher education is nearly complete. At some point there will have to be a renaissance of sanity.