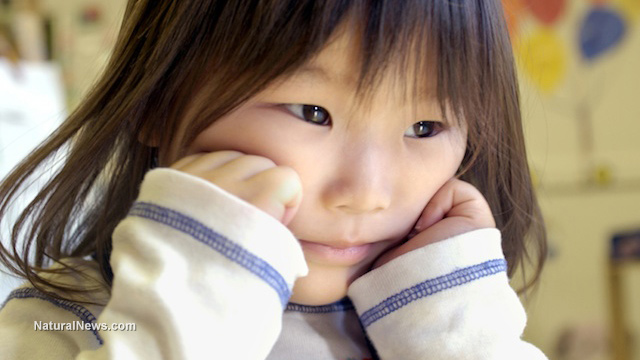 We’ve all heard about vaccines causing a number of ill effects on the neurological system: Guillain-Barre syndrome, autism, ADHD and other issues. But, could vaccines be having other adverse effects on the brain that aren’t so easily traced? It certainly seems that may be the case. A recent pilot study from Pennsylvania State and Yale University has revealed that there may be an association between inoculation and the onset of disorders such as anorexia nervosa, obsessive-compulsive disorder (OCD) and anxiety disorders.”

The research, which was conducted using a database of private insurance medical claims, found that children who had recently been given the flu vaccine were significantly more likely to develop some type of mental disorder. The researchers stated that getting the vaccine within the last year was “associated with incident diagnoses of AN, OCD, and an anxiety disorder.”

The risk association appeared to be highest in relation to anorexia nervosa. There was an 80 percent increase in the risk of being diagnosed with an eating disorder in children who had been vaccinated within the three months prior to diagnosis. For OCD, the associated risk between vaccination within 3 to 12 months was substantially lower, hovering between a 23 and 27 percent increase.

To conduct their research using the database, the researchers compared the vaccination records of children between the ages of 6 and 15 with the diagnoses of new neuropsychiatric disorders over a five year period. They compared those diagnoses to two control conditions — broken bones and open wounds — and matched subjects based on their gender, age and general location of residence.

Interestingly enough, children who had been diagnosed with bipolar disorder or major depression appeared to be less likely to have been given the flu shot.

“This pilot epidemiologic analysis implies that the onset of some neuropsychiatric disorders may be temporally related to prior vaccinations in a subset of individuals,” the study authors write. However, because of the nature of this study, it would be impossible to prove any sort of causation or correlation based on their data. Their research does, however, clearly raise substantial concerns that necessitate further investigation. The authors state that the associations noted in their research are not strong enough to warrant deviation from the current recommended vaccination guidelines — albeit, this kind of notation is practically a standard in vaccine research, particularly when the findings showcase a darker side to vaccines.

While we can only hope for more research on this topic, it is likely that the vaccine-neuropsychiatric disorder connection will also go the way of vaccine-autism research. Anyone who speaks out against the current “all vaccines are safe” narrative will be maligned and discredited by the mainstream media and condemned by the rest of the scientific community. Look at Robert F. Kennedy, Jr.: he’s been picked apart by the mainstream media for daring to even question vaccine safety. The New York Post just ran an article titled, “Everyone needs to ignore RFK Jr.’s misinformed anti-vax claims.”

Earlier this year, Dr. Daniel Neides from the Cleveland Clinic Wellness Institute also made waves when he published a blog post that suggested the toxic compounds in vaccines may be contributing to the epidemic of chronic diseases and neurological conditions like autism. Naturally, he was crucified by the media and shunned by other doctors. Neides doesn’t even take an anti-vax stance; he has simply questioned the necessity and validity of current vaccine scheduling and has suggested that some vaccines are not needed, and others should be spaced further apart.

Will these new findings from Yale get buried along with all the opposing views and data that came before?