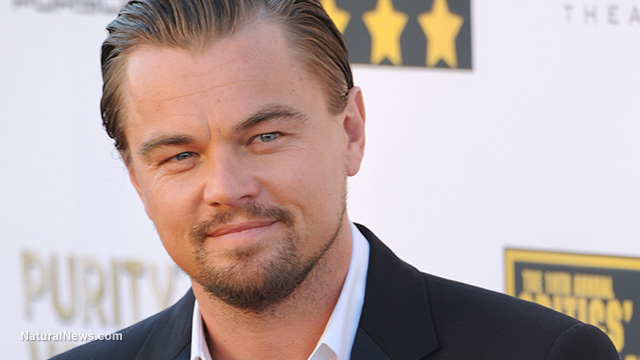 At the U.N. awards ceremony last year, DiCaprio used part of his speech to talk about climate change, as he’s done several times prior. “There are a few very prominent people that still deny the overwhelming conclusions of the world’s scientists that climate change is largely human-caused and needs immediate urgent attention,” he declared.

If “very few prominent people” still deny the existence of man-made climate change, then why did 31,000 scientists and meteorologists say, in one way or another, that there is no convincing evidence that humans are significantly impacting the climate? That sounds like a bit more than just a “few prominent people.” Furthermore, what kind of “immediate urgent attention” does climate change need? It seems like, to the Left, “urgent attention” almost always means more rules, restrictions and regulations that hinder economic growth. (RELATED: The global warming hoax has been revealed).

It’s obvious to anyone with a shred of commonsense that DiCaprio (and his liberal environmentalist friends) has no idea what he’s talking about. With all due respect, the man makes a much better actor than political commentator. But the only thing worse than a liberal who thinks they know everything is a hypocritical liberal who thinks they know everything. Leonardo DiCaprio fits the bill.

In preparation for the 2017 Oscars, DiCaprio and a few of his Hollywood pals had Australian eyebrow artist Sharon-Lee Hamilton fly 7,500 miles to tend to their eyebrows. According to an online carbon footprint calculator, a one-way flight from Australia to Los Angeles International Airport emits 3.57 metric tons of CO2 into the atmosphere. And as we all know, DiCaprio believes that carbon dioxide is going to bring about the destruction of planet earth. Why did DiCaprio send 3.57 metric tons of carbon dioxide into the atmosphere just to make sure his eyebrows were trimmed for the Oscars? Does he want to destroy to world? (RELATED: Here is mathematical proof that humans are not contributing to climate change).

Aside from Leonardo DiCaprio and that guy who made that movie with all the over-sized PowerPoint slides, Barack Obama is easily one of the biggest environmentalists in the country. For eight years during his presidency, Obama addressed climate change every chance he got, and routinely insisted on more federally mandated restrictions to curb the so-called warming of the earth. However, how many times did Barack Obama and his family use Air Force One to travel to vacation sites and special events? How much CO2 being sent into the atmosphere was he responsible for?

When Al Gore came out with his film “An Inconvenient Truth,” he made several bold predictions, nearly all of which never came true. One of these predictions was that the oceans would rise by up to six meters, or twenty feet, within a ten year timespan. Of course, this turned out to be a complete joke. But strangely enough, even while Al Gore was warning us all that our coastal cities would be under water in a decade, he himself bought a $9 million beachfront home in Montecito, California. What was that all about? Didn’t Gore learn anything from his own movie?

This is the mentality of the elite. They are more than comfortable telling others how to live, while they themselves don’t even live that way. And let’s be honest – if you’re flying someone in from 7,500 miles away just to fix your eyebrows, you have bigger problems on your hands than the earth warming a fraction of a degree.