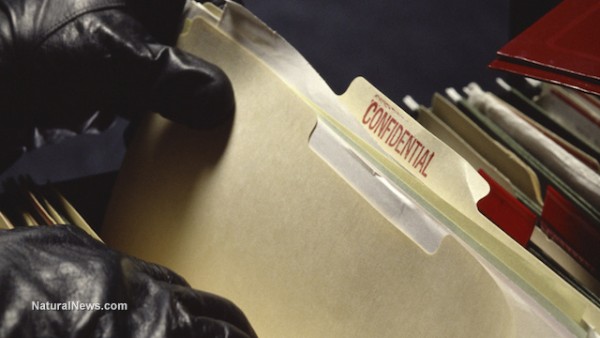 Questions surrounding the latest revelations by Wikileaks that the CIA has developed the capability to hack into any smart TV, phone or other “Internet of Things” devices continue to swirl, but one thing perhaps inadvertently revealed in the whistleblower site’s press release announcing the data dump is that the agency also has the capability to mask itself when hacking.

Think about that for a moment. Using encryption and other software hacked/stolen from foreign entities, including Russia, CIA hackers can make it appear as though another country was responsible for the hacking.

That’s an incredible revelation. And knowing that could go a long way towards explaining just who may have hacked the Democratic National Committee, Democratic candidate Hillary Clinton’s campaign, and the emails of John Podesta. (RELATED: If Democrats Can’t Protect Their Own Data, How Can They Protect The Country?)

I’ll explain, but first, some background.

In a statement to the press and the public, Wikileaks provided great insight into the treasure trove of information it had been given by a source within the intelligence community who believes, apparently, that the CIA’s immense spying powers should be subject to public discussion and democratic controls.

Included in the statement was this passage:

The CIA’s hand crafted hacking techniques pose a problem for the agency. Each technique it has created forms a “fingerprint” that can be used by forensic investigators to attribute multiple different attacks to the same entity.

The CIA’s Remote Devices Branch‘s UMBRAGE group collects and maintains a substantial library of attack techniques ‘stolen’ from malware produced in other states including the Russian Federation.

With UMBRAGE and related projects, the CIA cannot only increase its total number of attack types but also misdirect attribution by leaving behind the “fingerprints” of the groups that the attack techniques were stolen from.

So in other words, in order to disguise themselves, CIA hackers often use malware stolen from other countries to make it look like they did it, and not the U.S. spy agency.

Enter the DNC and Clinton.

I’ve always said it did not make sense for Russia to prefer Trump over Clinton, as we’ve been lead to believe. Clinton had not only helped Moscow obtain 20 percent of all strategic U.S. uranium deposits, but she was on record as supporting Obama era policies that would have further weakened U.S. national security while helping Russia and its proxy state, Iran, become stronger. Trump, on the other hand, has publicly opposed the Iran deal and, while he’s said he wants better relations with Russia, is vehemently against continuing Obama-era foreign policies. (RELATED: WaPo, NY Times Report That The CIA Believes Russia Interfered With U.S. Elections To Help Trump: Here’s Why That Makes No Sense.)

Plus, there is this: Clinton knowingly exposed some of our most classified secrets through her selfish and stupid use of a private email server, so she could conduct Clinton Foundation fundraising, among other things, in private and away from public records laws. We know that her server was hacked; we know that classified data was stolen – by Russia, most assuredly, but also by China, Iran, North Korea and other adversaries. Clinton, then, would have been a huge liability to our security had she been elected president. Talk about Trump being a stooge of Russian President Vladimir Putin, he had so much dirt on Clinton it would have been like the Kremlin’s satellite office was the Oval Office.

While there are certainly elements within the Deep State who are #nevertrumpers, it’s ludicrous to think there aren’t elements within the same Deep State who are #neverhillary types and who did NOT want to see her win. Given what we now know about the CIA’s ability to mask its own hackers by shrouding them in the cloak of a foreign government’s malware, it is not beyond the realm of possibility to surmise that Deep State operatives within our own intel community using Russian malware hacked and then released compromising information on Clinton, her campaign, and the DNC.

And remember, Wikileaks editor Julian Assange has said repeatedly that the Russians did not do the DNC/Clinton campaign hacking.

All of this merits further investigation, of course, but it’s understandable that a) the CIA would want to be able to mask its hacking/electronic probing of foreign national assets; and b) there are elements within the Deep State who are pulling for Trump to succeed.