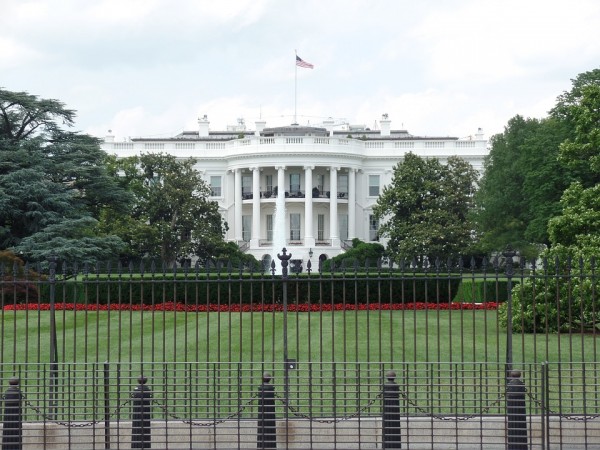 A man with a backpack managed to scale the White House fence Friday night while President Donald J. Trump was inside, and though he was readily detained, it begs the question: Is all the hate and discontent being directed at Trump by Democrats, Deep State operatives and the discredited establishment media, in part responsible for this breach?

As reports noted, including this one from CNN, the intruder was arrested near the entrance to the White House residence, where the president and his family stay. Secret Service officials told the network that the intruder possibly entered White House grounds on the east side before making his way around to the residence’s south portico entrance.

The intrusion led the Secret Service to place the White House on security condition “orange,” which is one of the highest levels.

Officials said Trump was spending the weekend in Washington and that he was alerted to the intrusion.

CNN noted that there have been other incidents in recent years where people have managed to get onto the White House grounds. One of the most notable was in 2014, when 42-year-old Omar Gonzales, of Copperas Cove, Texas, actually made it inside the north portico doors with a small knife before he was apprehended by Secret Service personnel. President Obama and his family were not home at the time.

In another, the Secret Service apprehended Joseph Caputo, of Stamford, Connecticut, on the North Lawn after he scaled the fence wearing an American flag-like cape while the first family was inside the residence celebrating Thanksgiving.

But is this particular incident different, in that it may have been inspired by an unprecedented level of hate directed at President Trump? It is too early to tell, and we may never know. Yet it is clear from past incidents that this president is being treated much more unfairly and much more harshly than his predecessor:

— The day after Trump was inaugurated, at a ‘women’s march’ in Washington, D.C., entertainer Madonna said she had “thought about blowing up the White House,” a shocking statement that would never have been tolerated if it had been said by a conservative and directed at Obama. (RELATED: Why isn’t the Secret Service kicking down Madonna’s door after her threat against President Trump?)

— In early February The National Sentinel noted that there had been some 12,000 tweets by that point calling for someone to assassinate the president, in what is a nearly-unprecedented level of hatred.

— An Alt-Left Irish magazine actually published a picture of Trump with a rifle scope target on his head, asking “Why not” in the article’s headline, then proceeding to explain that “the ethical and practical calculus says don’t do it.” Oh.

— All over America, Marxist Leftists are inciting violence against Trump supporters and for the most part, they are getting away with it, which only encourages more of the same kind of violence. (RELATED: CIVIL WAR: Violent Leftists openly call for death of Trump supporters.)

“The Left is using its own made-up narratives to justify behavior they would never tolerate against any Democratic president, and certainly not the first black president or, if Clinton had won, the first woman president. Any conservative who would have made such threats would have been destroyed publicly, and perhaps even targeted by the mindless lunatics who respond to Alt-Left marching orders like Stalinist sheep,” The National Sentinel reported.

Without a doubt, Democrats and their propagandists in the establishment media who have characterized Trump as mentally unfit and ripe for impeachment are partially responsible for the hatred and violence being shown to him and his supporters. Is the disrespect they have shown him and the office he holds responsible for the Friday incident at the White House? It’s very possible, given how easily influenced some people are.