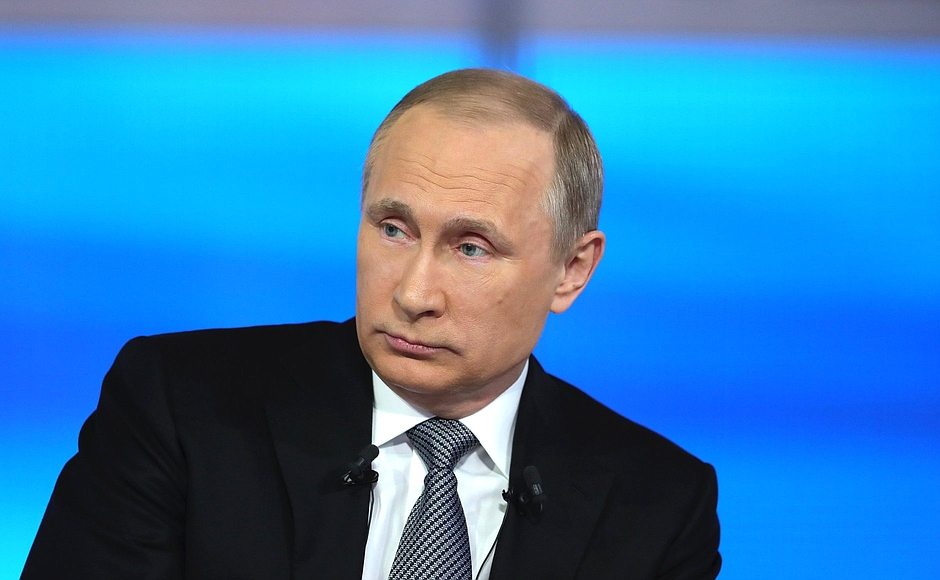 Lately, many Republicans seem to have developed a strange fascination with Vladimir Putin and the Russian government. If you were to go through every single speech and interview President Trump has given, you would be hard pressed to find a time when he has been even slightly critical of Putin. Naturally, his most loyal supporters follow his lead. This is odd, because even though the Russians may not be an immediate threat to the United States, they are still dangerous. Vladimir Putin is a mass murdering, genocidal fascist, believed to be responsible for the mysterious deaths of hundreds of Russian civilians over the past few decades. This is not a man that the United States should be cozying up to. (RELATED: Is this mysterious radiation making its way across Europe the fault of Vladimir Putin?).

Oddly enough, seven Russian officials have mysteriously been found dead since Election Day four months ago. Although the deaths have yet to be linked to Donald Trump becoming the 45th president of the United States, many questions remain.

Sergei Krivov, a consular duty commander at the Russian Consulate in Manhattan, was found unconscious on the floor after suffering blunt force trauma to the head. He was dead before medical assistance could reach him. Krivov’s lack of a paper trail made his death all the more bizarre. BuzzFeed reported on Krivov’s role at the consulate: “That position is no ordinary security guard,” they explained. “According to other public Russian-language descriptions of the duty commander position, Krivov would have been in charge of, among other things, ‘prevention of sabotage’ and suppression of ‘attempts of secret intrusion’ into the consulate.”

Andrey Karlov was killed on December 19th during a speech at an art exhibit, when an off duty Turkish police officer by the name of Mevlüt Mert Altıntaş began firing shots from behind. Karlov was killed, and several others were injured. Eventually, authorities learned that Mevlüt Mert Altıntaş had declared Jihad and gained entry into the gallery with his law enforcement identification.

On the same day in which Karlov was killed, Petr Polshikov met a similar fate. Polshikov, a senior diplomat in the Latin America division of the Russian foreign ministry, was found in his Moscow apartment with a gunshot wound to the head. The circumstances surrounding Polshikov’s death are still uncertain, but it was reported that two bullet shells and one firearm were found at the crime scene.

December 29th was the day that Ex-KGB chief Oleg Erovinkin was found dead in his black Lexus. Erovinkin was allegedly involved in the release of the 35-page dossier released about Donald Trump, detailing wild accounts of the president engaging in sexual acts and inappropriate behavior. An investigation into Erovinkin’s death is now underway.

Andrey Malanin, the head of the consular section at Russia’s Athens embassy, was, according to Reuters, “found on the floor of his bedroom by a member of the embassy’s staff with no evidence of a break-in.” Authorities do not believe that Malanin was killed, but an investigation into his death is underway because of his diplomatic status.

On January 26th, 67-year-old Aleksandr Kadakin, the Russian ambassador to India, died in New Delhi. The cause of death was allegedly heart failure. Even though it appeared that Kadakin had died peacefully because of old age, the fact that he died around the time that other Russian officials were killed is beyond coincidental; perhaps it is not coincidental at all.

Finally, just this past week, Russian ambassador to the United Nations Vitaly Churkin, passed away due to heart failure just before his 65th birthday. The New York Times reported, “The Russian government said he died suddenly but did not specify a cause. The New York City police said there were no indications of foul play.”