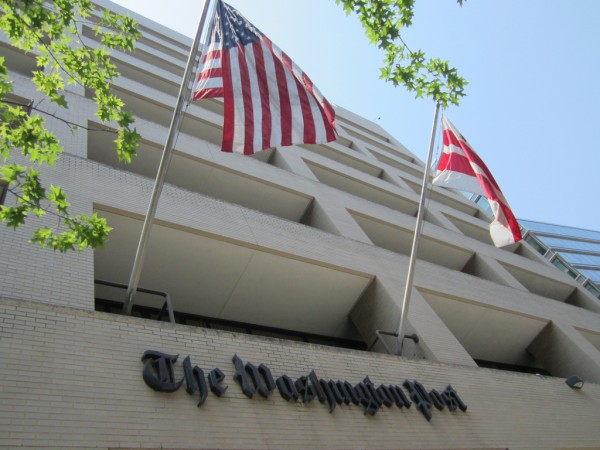 They’re not even trying to hide their bias any more.

(Article by Marc Slavo by thedailysheeple.com )

Despite efforts by the mainstream media to convince an ever disinterested public that they are still relevant and non-partisan, a last minute headline change by the Washington Post proves just how desperate they are to maintain their big government narrative.

After running an immigration article entitled “Immigrants are now cancelling their food stamps for fear that Trump will deport them,” someone at the Post decided it just wasn’t impactful enough. That illegal immigrants were cancelling food stamp benefits seemed to suggest the Trump administration was acting in the interest of overworked and underpaid American taxpayers.

And we definitely don’t want to give anyone the idea that undocumented immigrants entering the country illegally are somehow putting a burden on the system. Thus, the only solution is to flip-flop the story so that it looks like President Trump and Americans who support common-sense immigration policies are putting a horrific burden on the people collecting government benefits illegally.

In response to this disastrous mistake to their own narrative, the Washington Post modified their title to ensure all of the blame was put directly at the feet of Donald Trump by updating their headline:

“Immigrants are going hungry so Trump won’t deport them”

And boom, just like that they are able to mold the minds of their millions of myrmidon followers. 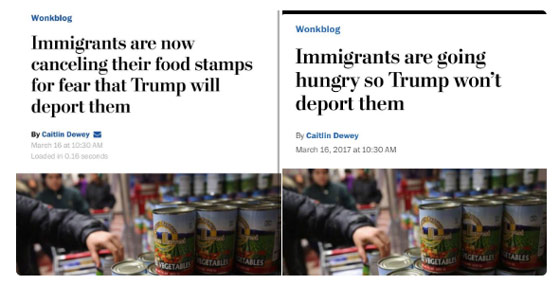 Bezos’ @washingtonpost quickly changed this headline… doesn’t want you to know illegals are on benefits paid by… you. pic.twitter.com/soDFn2Hput

There’s no doubt that this report will immediately be dismissed as fake news with claims that we and others have completely made this up since a record of this no longer exists at the Washington Post.

Not to worry, there’s another screen shot that confirms the legitimacy, as noted by the following Tweet:

Bezos’ @washingtonpost quickly changed this headline… doesn’t want you to know illegals are on benefits paid by… you. pic.twitter.com/soDFn2Hput

Must-See: Shockingly Blatant Propaganda As Washington Post Changes Immigration Headline: “Doesn’t Want You To Know Illegals Are On Benefits Paid By… You”