China will be able to blast U.S. military satellites out of high orbit with ground lasers 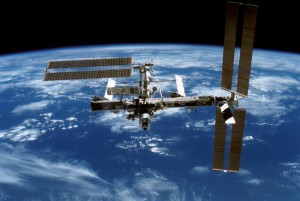 “The Chinese government would not hesitate to use the lives of its astronauts as a shield to deceive the world about the real purpose of its space station. Having gained the advantage of surprise, the combat space station could begin attacks against key US satellites, thus blinding the US to the launch of new combat satellites that would attack many more US satellites,” Fisher stated.

According to Fisher, the U.S. should counter this threat by developing a laser arsenal of its own. “As long as China demonstrates its willingness to exploit much of its space program for potential military missions, the US must possess options for at least neutralizing potential threats, preferably short of threatening lives,” Fisher added.

China’s purported laser weaponry will have the capacity to blast powerful lasers from the ground up, which may possibly take out U.S. and European satellites. This will allegedly incapacitate Washington from launching nukes and will keep the west in the dark at the mercy of Beijing. Fisher said ground-based radar will be first deployed to identify enemy satellites using high-precision, special cameras. A mobile telescope, which is capable of focusing high-powered laser beams on a specific target, is currently being tested, Fisher adds. Electromagnetic ray guns and microwave weapons are also a part of the arsenal.

The country’s urgency in developing these weapons could be a part of China’s plans to neutralize U.S. intelligence, navigation and communications amid the rising hostilities in the South China Seas.

The brains behind space-based light wars

The idea behind the possibility of space-based light wars was unveiled in the journal Chinese Optics dated December 2013. Three study authors — Gao Ming-hui, Zeng Yu-quang and Wang Zhi-hong — all work for the Changchun Institute for Optics, Fine Mechanics and Physics, China’s primary center for laser weapons technology. “In future wars, the development of ASAT [anti-satellite] weapons is very important. Among those weapons, laser attack system enjoys significant advantages of fast response speed, robust counter-interference performance and a high target destruction rate, especially for a space-based ASAT system. So the space-based laser weapon system will be one of the major ASAT development projects,” the researchers said.

“In 2005, we have successfully conducted a satellite-blinding experiment using a 50-100 kilowatt capacity mounted laser gun in Xinjiang province. The target was a low orbit satellite with a tilt distance of 600 kilometers. The diameter of the telescope firing the laser beam is 0.6 meters wide. The accuracy of [acquisition, tracking and pointing is less than 5 [microradians],” the researchers wrote.

Michael J. Listner from Space Law & Policy Solutions noted that China’s efforts and resources might be playing to the country’s substantial progress in this race towards directed-energy weaponry.  “And with their prolific network of espionage, it is likely that development is supported by foreign research they have acquired as well,” Listner said.

“Such devices have a myriad of applications to include adapting them to their ASAT program, ballistic missile defense, point-defense for their naval vessels and battlefield applications. Once China develops the underlying technology, the potential military applications are limitless as are the non-military uses,” Listner added.