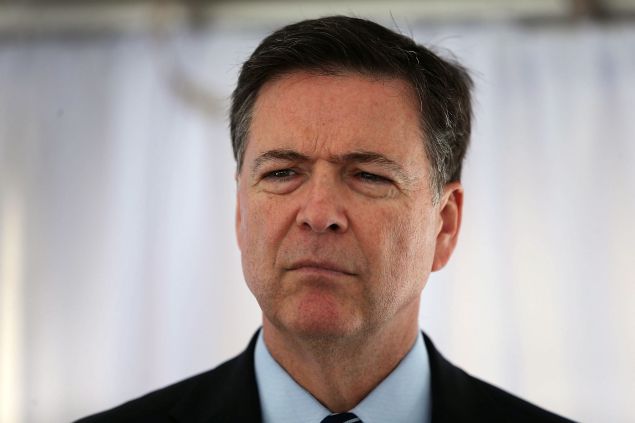 The pathetic Washington establishment media was all in a lather on Monday after FBI Director James Comey told members of the House Permanent Select Committee on Intelligence that his agency has “no information” to support President Donald J. Trump’s tweeted allegations earlier this month that his predecessor “wiretapped him.”

Lost in the breathless finger-pointing and calls for Trump to apologize to former President Obama for making the allegation was the fact that the essential claim that Trump made – that he and his campaign members were, indeed, under some form of surveillance – was confirmed by the FBI director.

Without providing further details, such as when the investigation began, it’s safe to say that Trump himself didn’t order it. Let that sink in for a moment: That means someone in the last administration approved of and then ordered a “counterintelligence investigation” into the campaign of a political rival. (RELATED: Who’s Lying About ‘Wiretapping’ Trump Tower – The Media, Congress Or The Intelligence Community?)

That ought to scare every single American, to think that some in our own government think it’s okay to invent a reason to investigate a rival political campaign.

But wait, you say. How do we know that the Obama regime had to invent a reason to probe Trump’s campaign associates?

Let’s examine the evidence or, rather, the lack of it:

— The entire “Russia hacked the election to help Trump” narrative was invented by the Democrats and spread as a legitimate accusation by their sycophants in the establishment press, as the president has said in a recent tweet.

The Democrats made up and pushed the Russian story as an excuse for running a terrible campaign. Big advantage in Electoral College & lost!

Why? Well, because, Russian President Vladimir Putin supposedly has a grudge against Hillary Clinton, we’re told. Here’s why that makes no sense.

— The Russia narrative was first hatched by the Washington Post, which claimed propaganda from Moscow was filtered through hundreds of “fake news” sites that favored Trump and cast Clinton in a bad light. But the story was quickly and thoroughly debunked.

— Democrats claim that Russia hacked the email servers of the Democratic National Committee and Clinton herself, then gave the hacked data to Wikileaks. This information, containing many damning emails, was then released in a steady stream in the months before the election. The establishment press has also reported that some elements within U.S. intelligence agencies “have concluded” that the Russians gave the hacked data to Wikileaks.

The problem with the claim, however, is that Wikileaks founder Julian Assange has repeatedly denied it. In fact, reports noted that the DNC emails were not hacked at all, they were downloaded by a DNC staffer and Sen. Bernie Sanders supporter who was dismayed at the way the party was rigging the nomination for Clinton. (RELATED: Why the Russian hack election conspiracy is complete political buffoonery (VIDEO)

— All we’ve heard since Trump won the election are allegations of Russian involvement by Democrats, not proof of Russian involvement, and that’s troubling. Thus far there has been no definitive proof of collusion, and by now – given all of the leaks that have already occurred in an attempt to harm Trump’s presidency – there would have been leaked evidence proving some kind of relationship between Trump and the Russians. Where is it?

By far, the biggest revelation out of Monday’s testimony by Comey – as well as NSA Director Adm. Mike Rogers – was that Team Trump is most definitely under a counterintelligence probe, which is a national security investigation, which necessarily involves search warrants obtained by the FISA court.

There will be more information forthcoming on this, you can bet on it.