Those who push mercury in vaccines are despicable, evil people who destroy the lives of children while pocketing money from Big Pharma 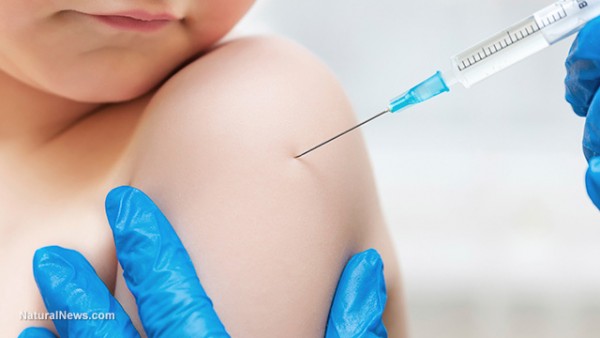 There’s a major controversy brewing over the continued use of a known neurotoxin, mercury, in childhood vaccines. This deadly chemical doesn’t even need to be there, and is only harmful, providing absolutely no benefits when it comes to procuring immunity. And yet, mercury is still being added in the form of thimerosal to influenza vaccines, and many other vaccines routinely administered to children. Why?

The U.S. Centers for Disease Control and Prevention (CDC) lists mercury as a highly toxic heavy metal element that can damage the lungs, kidneys, and nervous system. The Environmental Protection Agency (EPA) also admits that mercury is a neurotoxin, warning that the chemical can cause a person to have trouble seeing and staying coordinated. In children, mercury can damage cognition, memory, attention, language, and motor and spatial skills.

With all this in mind, it’s truly mind-boggling that anyone would argue in favor of keeping mercury in vaccines. This poison is being directly injected into the bloodstreams and muscle tissue of developing children, and at great cost. Why would anyone advocate for this, and more importantly, how is such a policy legal?

The short answer is that corruption is at play in a number of ways. Firstly, the government would have to admit that mercury is toxic before banning its use in vaccines — which is very unlikely to happen, considering that vaccines are part of a multi-billion dollar racket that would be severely damaged in the public eye if safety issues of this magnitude were let loose. Secondly, the vaccine industry would be forced to assume liability for vaccine damage from mercury, which it will fight forever to avoid, if possible.

Do the powers that be want to harm children for profit?

Thirdly, and perhaps more importantly, is the mainstream media’s complicit protection of the vaccine industry and its continued use of mercury in vaccines. Between the government, major news outlets, and the vaccine industry itself, there are a lot of profits in danger of the truth about mercury. And if you look at history, there is also an agenda at stake, and one that seems to involve the intentional poisoning of the populace for nefarious purposes.

“When it comes to vaccines and pharmaceuticals, they are all whores,” says Mike Adams, the Health Ranger, about the lying, “fake news” media outlets that cover up the truth about vaccine dangers, and the continued use of mercury in vaccines.

“They’re nothing but industry prostitutes. They even know it. They know it, and they go home every day, every night, with shame because they know that they are part of a media disinformation machine that has supported the medical murder of children for decades, and continues to cover up this mass poisoning — this medical molestation of children — that Robert F. Kennedy, Jr., and Robert DeNiro are trying to halt.”

Adams is speaking here about the $100,000 vaccine safety challenge issued by Kennedy and DeNiro as part of the World Mercury Project, which seeks to use a large financial incentive as a means by which to expose the evils of the vaccine industry and its use of mercury in vaccines. The goal is to protect children by any means possible, and only the most evil of people would oppose such an initiative.

“Any good person would be opposed to mercury in vaccines,” Adams adds. “Any decent human being would speak out and say, ‘We should stop poisoning our children. Why are we injecting children with a known heavy metal neurotoxin?’ It makes no sense. It should be criminal to do that. I mean, it’s criminal to physically abuse a child. Why is it legal to chemically abuse a child?”