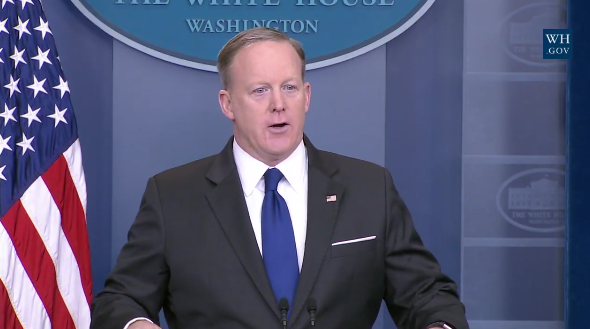 The White House acknowledged Tuesday there are people working in the government who are likely part of what has been called the “deep state” – an inner core of Obama loyalists seeking to stop the Trump presidency.

(Article by Jason Devaney from NewsMax.com)

“This has been widely repeated on social media: Does the president himself believe in this deep state?” Gizzi asked.

Spicer replied: “I’ve been asked this question before, and I’ll give you the same answer I’ve given before. This has been going on since the country came to be, where people burrow in after an administration into a civil servant job.”

He added, ominously, “But, sure, there are people after eight years of Obama that found their way into government, so it should be no huge secret.”