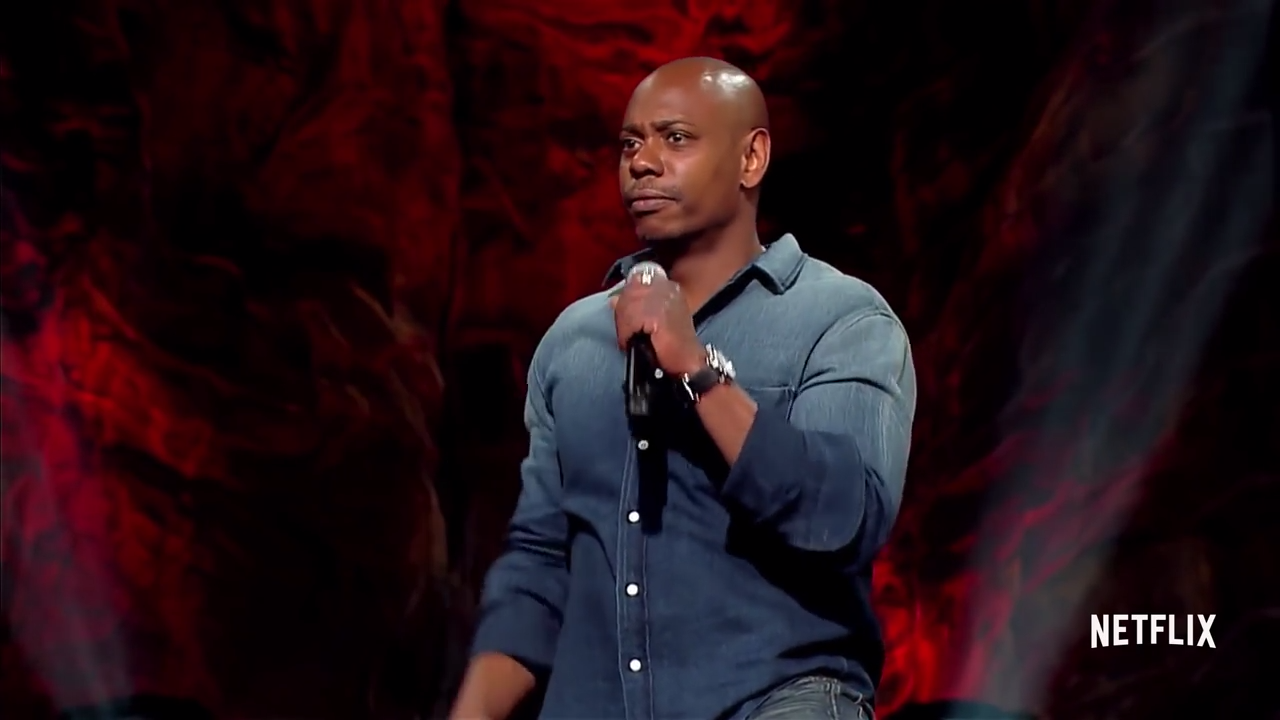 Comedian Dave Chappelle has been making the comedy rounds again, much to the delight of his fans. After his abrupt exit from Comedy Central’s “The Chappelle Show” in 2006 and walking away from a $50 million dollar deal with the network, many conspiracy theories have still lingered regarding the circumstances. Some claimed he had simply lost his mind; others said he had left America and was living off the grid in Africa. To hear Chappelle tell it, he did suffer a bit of a breakdown, but it was related more to stress than anything else. He felt like the material he was being expected to produce with Comedy Central was not honest and no longer lived up to his standards.

After years of silence, Chappelle is back on the comedy scene, doing only a few select shows around the country. Because of these rare appearances, fans were elated to hear that Netflix would be producing not one, but two stand-up specials with the comedian. On Tuesday, March 21st “The Age of Spin” and “Deep in the Heart of Texas” appeared and have gained mass critical and viewer acclaim.

In typical Chappelle fashion, nothing was off limits. This is refreshing considering how politically correct comedians strive to be these days, often making stand-up feel boring and stale. Chappelle’s jokes touched on on topics such as police brutality (a staple in his older routines), transgendered people and the absurdity over the confusion on gender pronouns, and the Bill Cosby sexual assault allegations.

What really caught the attention of some viewers, though, were comments Dave made against vaccinations. In the “Deep in the Heart of Texas” special, Chappelle sets up the joke by talking about the ebola outbreak of 2015. He then segues into the recent alleged rise in the diagnosis of measles, and he brings up a New York Times article discussing if mandatory vaccinations of children should be implemented. (RELATED: Get more news like this at Vaccines.news)

He asked the crowd their thoughts on that topic, which led to loud cheers from the crowd in agreement of this move, but the look on Chappelle’s face showed he did not disagree. He goes on to say:

He follows it up by saying:

“What the f*** am I getting my kids vaccinated for an old a** disease like measles? You might as well give them a diarrhea shot if you’re so worried. Diarrhea has a bigger body count than the measles do.”

While Chappelle did not come right out and say he was anti -vaccination altogether, it is still refreshing to hear some intelligent skepticism about vaccine mandates, especially with Hollywood’s love of vilifying those that go against the status quo. Whether or not he is a true believer in the adverse effects caused by vaccines, such as autism, at least he is starting the conversation.

There are a handful of celebrities in Hollywood that have continued to speak out about the dangers of vaccines. Actresses Holly Robinson Peete and Jenny McCarthy both have sons who they believe were injured by vaccinations. Actress Alicia Silverstone believes in a 100 percent organic and vegan lifestyle, so the chemicals in vaccines do not fit in. Other celebrities include Jenna Elfman, Jim Carrey, Charlie Sheen, Kirstie Alley, Selma Blair, Rob Schneider, and President Donald Trump.

The anti-vaccination movement is one of the few topics that transcends politics. People from both sides of the right-wing/left-wing spectrum are working on spreading the message to the public about just how dangerous these vaccines can be.