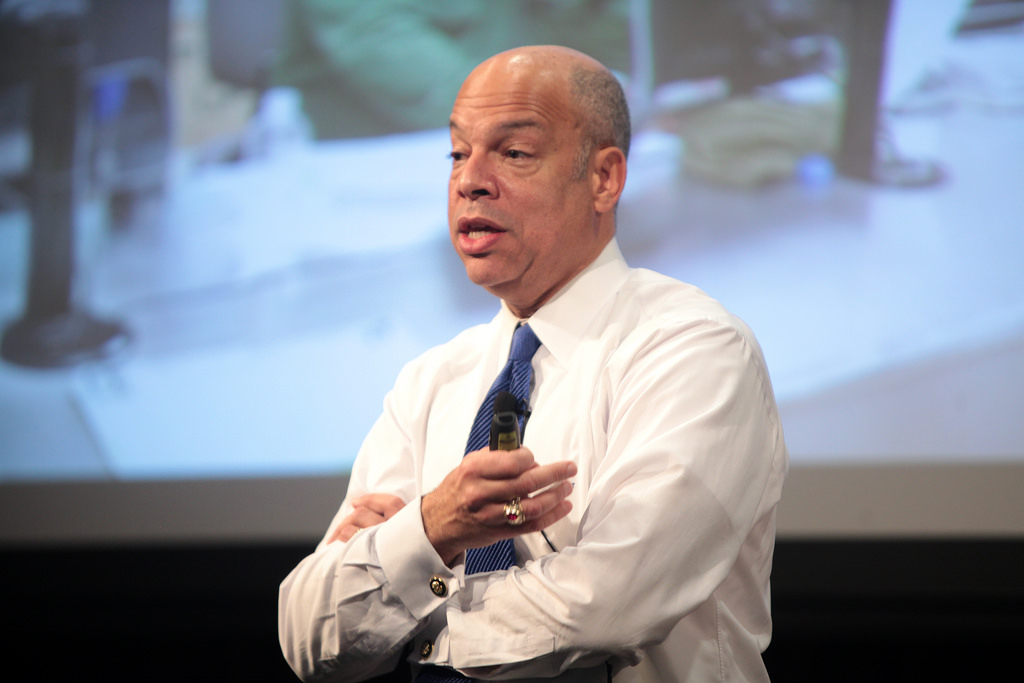 Former homeland security secretary Jeh Johnson said Wednesday that he believes President Donald Trump “has the potential to be a great president,” and suggested that the Trump administration’s issuance of an emergency order banning passengers from carrying larger electronic devices on certain flights from the Middle East and North Africa to the United States would be good for national security.

(Article by Kelsey Sutton from politico.com )

“I actually believe that Donald Trump — and I told him this when I met with him in December — I actually believe that Donald Trump has the potential to be a great president in sort of the Nixon-goes-to-China way, or Reagan-goes-to-the-Soviet-Union way, if he can find a way to rein in some of the more unhealthy impulses, listen to his staff, bring on a full compliment of political appointees who will help him govern,” Johnson said on MSNBC’s “Morning Joe” Wednesday.

Johnson defended the Trump administration’s emergency order banning travelers from carrying on laptops and other large electronic devices on flights from some countries, saying that the DHS has “been concerned for some time now” about explosives in electronic devices, and he said the U.S. “was in good company” considering the U.K. is implementing a similar ban.

“I haven’t accessed the intelligence the last two months but folks, aviation security experts and our intelligence community must be seeing things that are significant to prompt this action,” he said.

But Johnson, who served under former President Barack Obama, expressed reservations about some of the Trump administration’s other national security decisions.