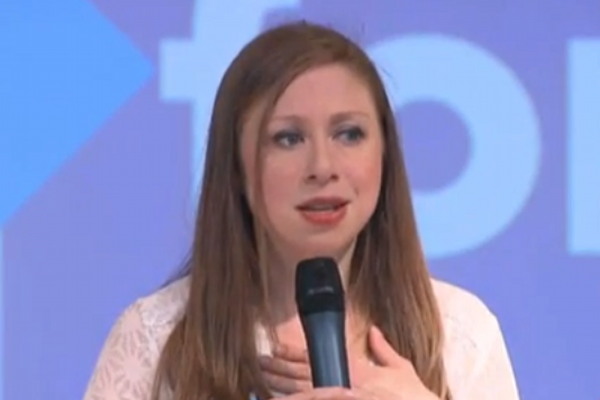 To the far Left, the “science” regarding so-called “global warming” and man-caused “climate change” is settled, and the only thing left to discuss now is just how much of our economy to wreck and who should be spared from such economic devastation. After all, we can’t have enough power plants, automobiles and commercial jets to serve everyone.

But the reality is, there is no science to support the claim that humankind is causing the planet to heat up and alter the natural changing of the weather. This has been proven time and again through the exposure of fake data used to “prove” global warming, as well as admissions by globalists that the entire issue has been fabricated as a way of destroying capitalism and controlling the world’s population.

You just can’t make some things up.

As noted by The American Mirror, Clinton took to Twitter recently to express her concern that climate change will lead to 100,000 new cases of diabetes each year – not fast food, or sugary drinks, or a poor diet…the weather:

“Horrifying research shows correlation between global warming & rise in diabetes cases,” she tweeted, including a link to a Los Angeles Times story citing some ‘study’ that makes the conclusion.

If the average temperature rises by 1 degree Celsius, sea levels will rise, crop yields will fall and vulnerable species will see their habitat shrink or disappear.

And, a new study suggests, the number of American adults suffering from diabetes would rise by more than 100,000 a year.

How allegedly educated people can be duped by such demonstrable nonsense defies belief.

The impetus behind the study is this. A 2015 study of eight adults – eight – who had been diagnosed with Type 2 diabetes found that after they had spent 10 days in moderately cold weather, they had improved metabolism and thus became more sensitive to insulin, which helped reverse key disease symptoms.

And in a 2016 study, researchers claimed to have discovered a correlation between the outside ambient temperature and blood sugar measurement (HbA1c); when temperatures were higher, so too was the blood sugar.

Well, these two findings led Dutch researchers to ponder whether climate change might be partially responsible for the rise in worldwide diabetes cases from 108 million in 1980 to 422 million by 2014. Using Centers for Disease Control Data on the prevalence of diabetes in all 50 states between 1996 and 2013, and average temperature data for each state during the same period obtained from the National Centers for Environmental Information, they concluded that higher average temperatures “in a particular time and place,” the Times noted, “the higher the age-adjusted incidence of diabetes.”

That’s it! Climate change has to be the culprit! And all of this from just 1 degree C temperature increase. (RELATED: ‘Global Warming’ Hoax Of Giant Magnitude Not Meant For ‘Saving’ Humanity, But Controlling It.)

That’s just utterly amazing. Never mind the dramatic rise in obesity during that same period – which the researchers claimed to have ‘factored in.’ Nope. It’s warmer temperatures that are causing more diabetes.

Now mind you, these researchers discuss their findings from the standpoint that human-caused global warming/climate change is already settled, when it’s not. So in their minds, humans are essentially causing an increase in cases of diabetes because we are affecting global weather patterns and making the earth hotter.

Chelsea Clinton is not stupid and neither are the researchers who did these studies. But the manner in which they come to their conclusions is flawed because they are based on a falsehood.

It very well may be that a higher incidence of diabetes is seen in regions where even slightly warmer average temperatures exist. But a) that doesn’t prove that humans are the cause of the warming; and b) it doesn’t rule out other possibilities, like maybe people spending more time outdoors indulging in bad eating and drinking habits in the warmer weather. We just don’t know.

But we do know that so much of the data has been faked that it’s impossible to take conclusions like these at face value.

Or the people who push them. For similar stories, visit Libtards.news.