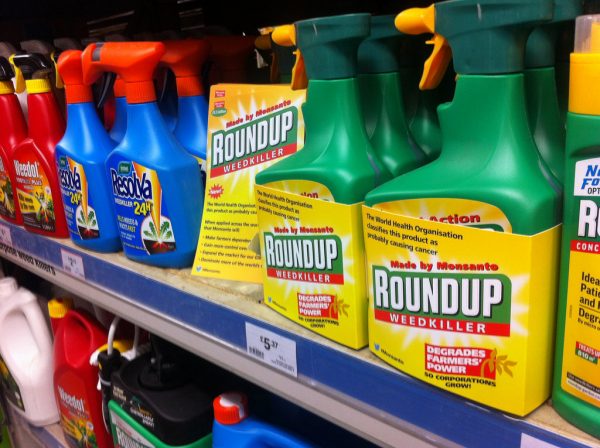 In March 2015, the World Health Organization’s International Agency for Research on Cancer (IARC) announced its findings that glyphosate, the primary ingredient in Monsanto’s Roundup, is “probably carcinogenic” – in other words, likely to cause cancer in humans. Then, in late April 2016, an 87-page report by the Environmental Protection Agency’s Cancer Assessment Review Committee (CARC) appeared on its website, claiming that the herbicide was “not likely to be carcinogenic.” It is interesting to note that the document was labeled “final report,” and was based on an assessment overseen by former EPA deputy director and chair of the CARC, Jess Rowland.

The report mysteriously vanished from the website on the 2nd of May, with the explanation that it had been leaked, and was not, in fact, the agency’s final word on the glyphosate issue.

And that’s where it gets really interesting, because just a few days later, Jess Rowland mysteriously retired.

Of course, the usual “nothing to see here” rhetoric came thick and fast, with condescending references to “conspiracy theories” thrown in the direction of anyone who dared to question the glaring coincidence.

The latest twist in this saga is even more disturbing: A group of cancer victims who are suing Monsanto in a California federal court, have accused Rowland of actively hiding evidence of the cancer-causing properties of glyphosate. And their accusations are obviously not far-fetched, since the judge presiding over the trial has referred to the relationship between Monsanto and Jess Rowland as “highly suspicious.”

The plaintiffs’ attorneys have introduced into evidence a letter written to Rowland in March 2013, by Senior Toxicologist Marion Copley. Copley worked in the EPA’s Health Effects Division, had been with the agency for 30 years, and was the recipient of numerous awards.

In a sad and ironic twist, Copley herself was dying of cancer at the time she wrote the letter.

Copley started the letter by referencing her decades of pathology experience and expressed the hope that her insights would be valuable to the CARC in its investigation of glyphosate.

Having noted that glyphosate was originally created as a chelating agent – chelators are chemicals or chemical compounds that react with heavy metals, altering their chemical structure and improving both their stability and their ability to bond with other metals or substances – Copley went on to list 14 different mechanisms in glyphosate that could cause cancer:

–Chelators inhibit apoptosis, the process by which our bodies kill tumor cells

-Chelators often damage the kidneys or pancreas, as glyphosate does, a mechanism to tumor formation

Copley then went on to make a truly shocking statement: She noted that while any one of the above mechanisms could, in fact, cause tumors, glyphosate causes all those mechanisms simultaneously.

Her chilling conclusion? “It is essentially certain that glyphosate causes cancer.” [Emphasis added]

Copley went on to point out that Rowland’s credentials were outdated, and that the CARC’s science was at least a decade behind where it should have been. She begged him to put personal gain aside and do what he knew he needed to do in speaking out about the dangers of glyphosate.

She ended her letter, “I have done my duty.”

Jess Rowland, on the other hand, clearly did not do his duty.