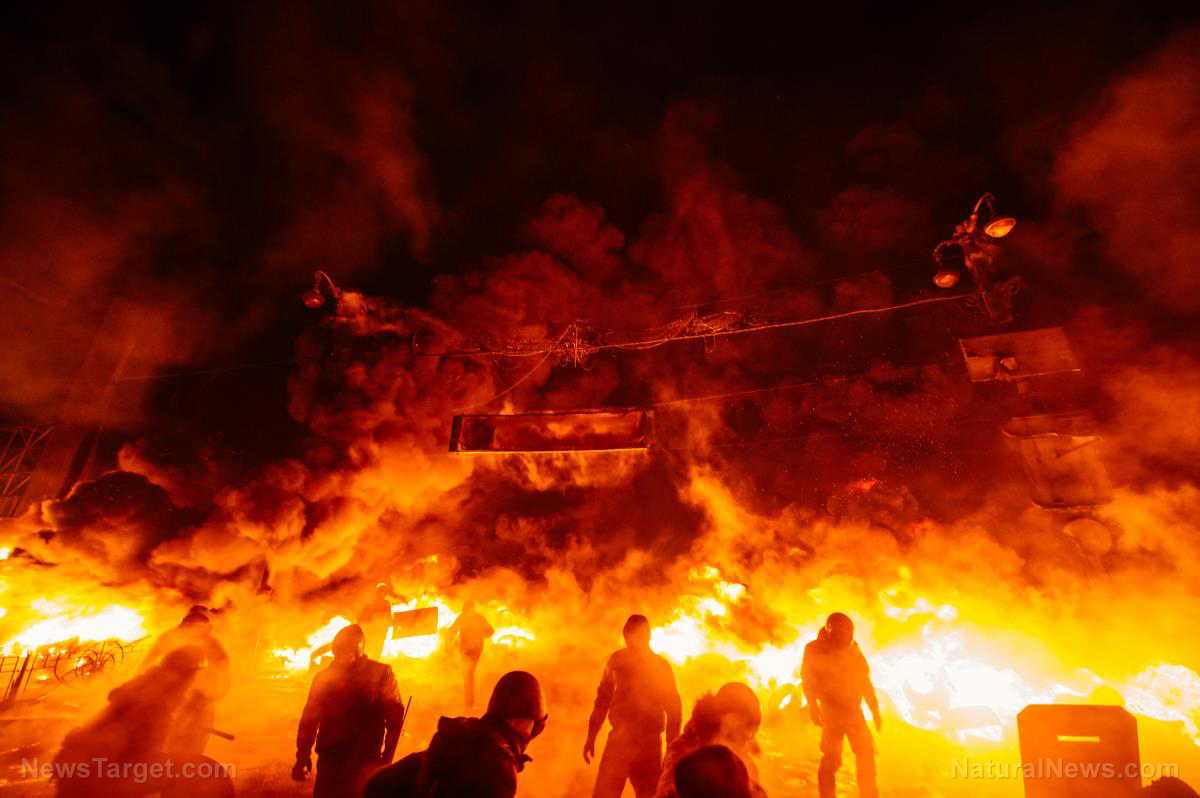 What does #Resistance really mean? It means the overthrow of our government.

(Article by  Daniel Greenfield from frontpagemag.com )

In this century, Democrats rejected the outcomes of two presidential elections won by Republicans. After Bush won, they settled for accusing him of being a thief, an idiot, a liar, a draft dodger and a mass murderer. They fantasized about his assassination and there was talk of impeachment. But elected officials gritted their teeth and tried to get things done.

This time around it’s “radically” different.

The official position, from the Senate to the streets, is “Resistance.” Leftist media outlets are feeding the faithful a fantasy that President Trump will be brought down. There is fevered speculation about the 25th Amendment, a coup or impeachment due to whatever scandal has been manufactured last.

This fantasy is part clickbait. Leftist media outlets are feeding the worst impulses of their readers. But there is a bigger and more disturbing radical endgame.

The left can be roughly divided into moderates and radicals. The distinction doesn’t refer to outcome; both want very similar totalitarian societies with very little personal freedom and a great deal of government control. Instead it’s about the tactics that they use to get to that totalitarian system.

The “moderates” believe in working from within the system to transform the country into a leftist tyranny. The “radicals” believe that the system is so bad that it cannot even be employed for progressive ends. Instead it needs to be discredited and overthrown by radicalizing a revolutionary base.

Radicals radicalize moderates by discrediting the system they want to be a part of. Where moderates seek to impose a false consensus from within the system, radicals attack the system through violent protests and terrorism. Their goal is to set off a chain of confrontations that make it impossible to maintain civil society and polarize the backlash and chaos into consolidating the left for total war.

That is what “Resistance” actually means.

A similar program implemented in Europe, with a covert alliance between Communists and Nazis, led to the deaths of millions, the destruction of much of Europe and the temporary triumph of the left.

The radical left’s efforts in America caused death and destruction but, despite the sympathy of many liberals for terrorist groups such as the Weathermen and the Black Panthers, failed to escalate because the majority of Democrats and even liberals did not accept the premise that our system was illegitimate.

That began to change this century.

64% of Democrats insisted that President Bush had not been legitimately elected. 49% declared that he was not a legitimate president. 22% vowed never to accept him no matter what he might do.

After 9/11, over half of Democrats believed that Bush had known about or been involved in the attacks.

Anywhere from two-thirds to a quarter of the Democrats rejected the results of a presidential election, rejected the president and suspected him of conspiring to murder thousands of Americans.